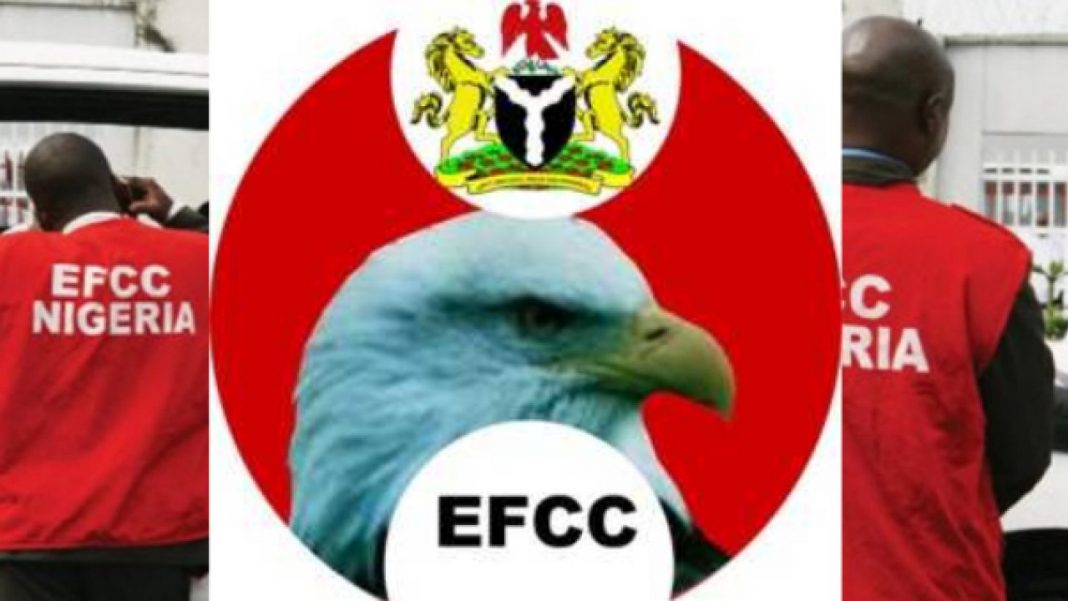 Two fraudsters, parading themselves as Customs’ agents, Sunday Adebayo and Dayo Salawu, have been arrested by the Benin zonal office of the Economic and Financial Crimes Commission, EFCC, for alleged conspiracy and obtaining money by false pretenses.

The duo were arrested following a petition received by the EFCC, in which the petitioner alleged that a lady he met on a social media platform introduced herself as a staff of the Nigerian Custom Service, NCS, and informed him that NCS had rice and cars for sale through an auction.

The petitioner said that immediately he indicated interest in purchasing an empty container for his business, the lady linked him up with another custom officer, who directed him to make payment into two different accounts, bearing the names – Oluwatoyin Usman and Sunday Adebayo for the container and some bags of rice.

Alleging that soon after he made the payment, the suspect became inaccessible, as several efforts to reach him proved abortive. However, Adebayo claimed ignorance of the transaction, as well as the Customs’ auction, insisting that his bank account was used for the transaction by Salawu and his gang, because they allegedly bought his bank account and ATM card from him at the rate of N20,000.

EFCC Head of Media and Publicity, Dele Oyewale, said that the suspects will be charged to court as soon as investigations are concluded.