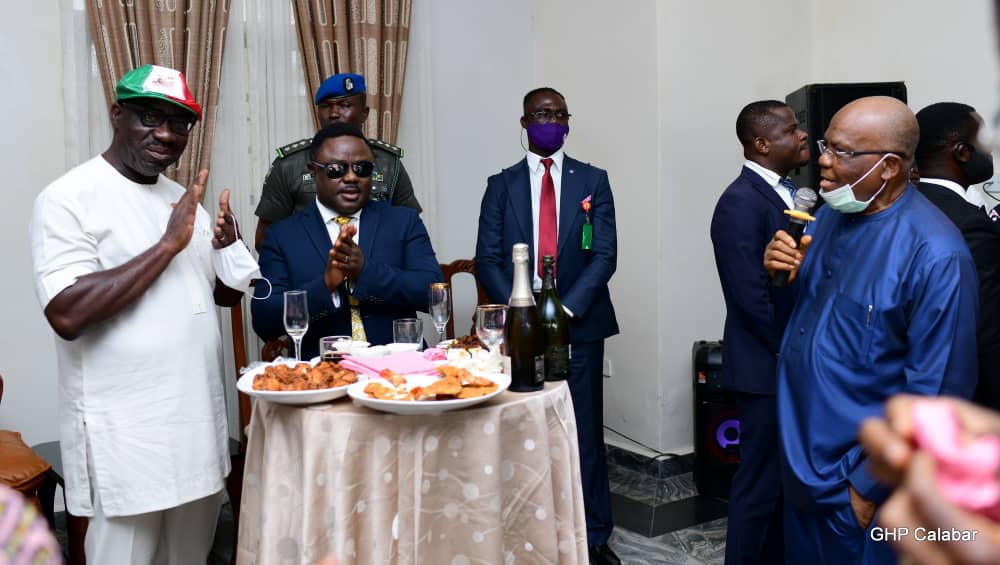 Asuquo said that Godwin Obaseki’s victory against his All Progressives Congress, APC, opponent didn’t come to him as a surprise, as he was sure of Obaseki’s reelection.

Asuquo stated this yesterday in Calabar, the Cross River State capital, as he played host to the Edo State governor re-elect, who paid a visit to the elder statesman during his two-day thank you to Governor Ben Ayade of Cross River State.

Chief Asuquo, who is also a chieftain of the Peoples Democratic Party, PDP, in Cross River State, hailed Obaseki for the victory, and asked him not to relent in his effort towards making the state a reference state in the South South geo-political zone, stressing that he was sure that Obaseki was going to coast to victory despite the pressure mounted by his political opponents to seize tbe mantle of leadership from him.

He said, “Your victory at the polls was no surprise to me as you have shown Edo people what great stuff you are made of within the first four years of your administration.

“It is natural that you would be reelected by your people to complete what you started upon assumption of office as governor of the state.”

Extolling Obaseki’s virtues, Asuquo advised him not to relent from his good works of ensuring that the state succeeds in all its endeavour by making the state become economically viable, given his wealth of experience in every facets of life and called for the application of his personal experience in his quest to transform the economy of the state for the betterment of the people of Edo State.

He added, “Governor Obaseki and I, are good friends having served in various committees together. Most notably was the committee set up by the Federal Government to review the private sector pension reforms which we all enjoy now.”

Speaking earlier, Goveenoe Obaseki commended Chief Ekpenyong for the hospitality given to him and his entourage, adding that he would love to draw from Chief Ekpenyong’s wealth of experience, which he can use for the task ahead.

He said, “Let me thank you immensely for this uncommon show of love and felicitations. When I got your call that you wanted to host us today, I had no hesitation, based on our long standing friendship.