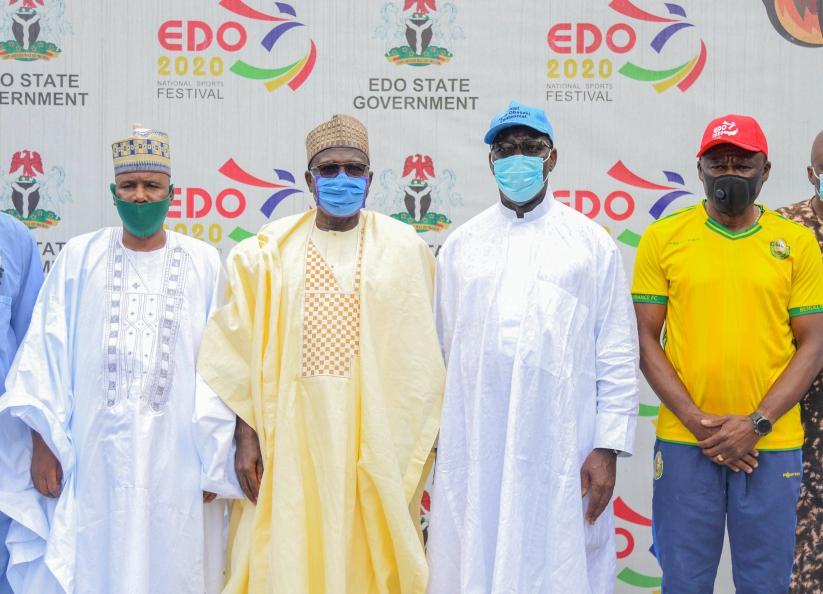 The Arewa community in Edo State, on Wednesday, joined other ethnic groups in the state to reaffirm their support for the second term bid of Governor Godwin Obaseki, the candidate of the Peoples Democratic Party, PDP, in the September 19, 2020 governorship election.

Mohammed Baba, Secretary of Sarkin Hausawa of Benin, anchored their support on the administration’s landmark achievements across all sectors of the state.

Explaining the group’s position when he led other members on a courtesy visit to the governor in Government House, Benin City, Baba said, “Most of us here were born in Benin City and have seen the tremendous work you have done; you have transformed the state secretariat and the technical college. We all know how these places were before you revamped them.

“With your performance, we have no choice than to support the governor to sustain his developmental strides across the state. We are going to support you with our Permanent Voter Cards, PVCs, come September 19, 2020.

“Obaseki is a good man and a good governor; he has transformed the state and our weapon to vote for him is our PVCs, which we are going to use on that day in his favour.

“The former governor of Kano State, Rabiu Kwankwaso is our ambassador. He has told us to support Governor Obaseki and that is what we are doing. He is our leader and we respect him.”

In his remark, Governor Obaseki thanked the group for their support, noting, “My responsibilities as governor include not to discriminate as long you reside here, given birth to in Edo, do your business or have property here.

“You are first and foremost an Edo citizen. You don’t have to be an Edo indigene to get the benefits from Edo State government because you pay taxes and your businesses are here.

“We set up schools in indigenous communities and I instructed that Hausa teachers must be employed to assist the children. Edo is a multicultural state. We have indigenous Muslims in this state and we are all brothers and sisters.

“I believe in one indivisible Nigeria. I love it when you said you want to be treated as an indigene; that is your right as we are all Nigerians, but I want to assure you that we will not make policies that discriminate against one tribe or religion.

“I have a Senior Special Assistant, SSA, the ward sent me his name and I approved it. I made it open to the party to send names down, just to tell you that we do not discriminate as a government.

“I am happy you brought up the issue of Almajiri; we are as worried as you are, as they do not attend our schools. We are going to set up a committee to look into the issue so as to have a lasting solution.”