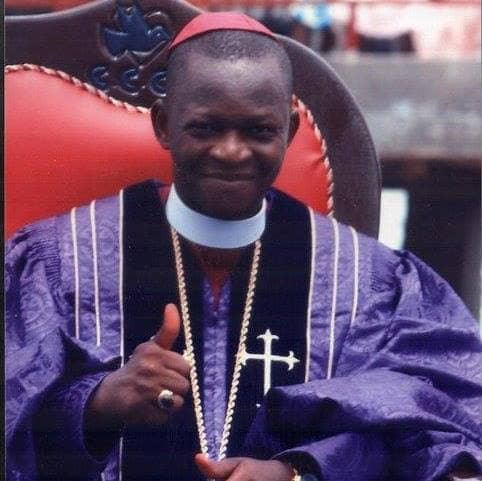 The National Publicity Secretary of the Pentecostal Fellowship of Nigeria, PFN, and General Overseer, Christian Central Chapel International, CCCI, Bishop Dr. Gospel Emmah Isong, has charged the Federal Government to not only expose all sponsors of insecurity nad crime of any form in Nigeria, but also frontally confront them.

Isong gave the charge, while answering questions from journalists in Calabar, yesterday on his Easter message to Nigerians.

The cleric whose message was titled: ‘Insecurity and Armed Banditry, Bane of Nigeria’s Socio-Political, Economic Development,’ averred that unless the government take a proactive measure to end the social malaise, Nigeria would risk losing a lot of its socio-economic potentials to other countries of the world, as many with requisite potentials to boost the country’s economy are likely to flee to other countries of the world to invest there.

The PFN National Publicity Secretary charged government at all levels to rise up to the the challenge to salvage Nigeria’s economy from falling on the wheel.

The General Overseer, G.O, CCCI, also known as Faith Mansion, headquartered at Ikot Ene Obong, 8 Miles Calabar, stressed that the only way the government can get things fixed back is by exposing those behind banditry, kidnapping of school children, particularly in the North-East axis and boldly confront those behind the atrocities.

The cleric said, “For a country that was peacefully bequeathed to us by Nnamdi Azikiwe, Herbert Macaulay, Obafemi Awolowo, Amhmadu Bello, Tafawa Balews, among other founding fathers; is this how we are going to continue? For a country that we met in good form, with all the education acquired by our modern rulers yet, we still find it difficult to get the country fixed!

“Expose the sponsors and all those fueling insecurity of any form in Nigeria and subsequently confront them, and let’s see if all these won’t come to a halt.”

Lamenting the number of innocent Nigerians who die on daily basis in the battle ground in Sambisa Forest, or in attack by bandits in their village settlements or taken hostage, even when it’s quite obvious that these victims have no deep pocket to pay any ransome, the cleric said that government has to rise up to the occasion and get the issue solved.

On his message to Christians at the auspicious occasion of Easter, the banker-turned preacher of the gospel of Jesus Christ, drew inference from the Acts of the Apostle, chapter 25, verse 19, stated that Jesus was once dead and affirmed to be alive by Paul, stressing that Christians who live by the tenets of Christianity hardly easily comes out of trouble to withstanding the magnitude of the trouble.