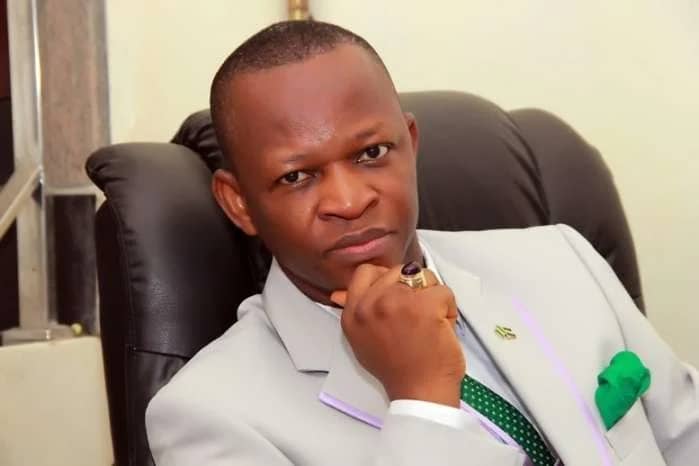 A trained-banker-turned General Overseer of the Christian Central Chapel International, CCCI, Bishop Dr. Gospel Emmah Isong, has identified drug abuse/addiction as being responsible for the high crime rate in Nigeria.

Isong made the assertion while speaking at the Seventh Emmah Isong Annual Public Lecture, which took place yesterday in Calabar

Enjoining worthy Nigerians to join hands with relevant government agencies in the intensification of the fight against drug abuse, Bishop Isong said available statistics showed that abuse of drugs was responsible for upsurge in increase crime rate in recent time.

Speaking on the theme: ‘Curbing Drug Abuse: Major Panacea to Reducing Crime in Nigeria’, the cleric averred that the annual lecture organised on yearly basis by the clergyman provides a platform to many unanswered societal questions, whereby the questions can be answered.

The chairman of Cross River State Anti-Tax Agency stressed that 80 per cent of crime committed in the society today has link with drug abuse and called on well meaningful Nigerians to join forces with relevant government agencies to do the needful in order for the war against drug abuse to be won.

The National Publicity Secretary of Pentecostal Fellowship of Nigeria, PFN, lamented how
the upsurge in crime rate which is link to cultism, drug addiction and rising wave of violence is a thing that calls for concern and called on all to be involved in the fight against crime wave, which if not fought with all might is capable of ruining the society.

The banker-turned-cleric said, “We need to fight illicit drug use before fighting crime, because we all saw the level of destruction that happened in Cross River when the #EndSARS protest was hijacked by hoodlums; this couldn’t have been possible without the use of drugs.

“We have enough laws already on ground, in fact in the next 300 years we should not make another law, all we need is implementation of the existing reports.

“Our problem is the lack of political will by leaders and the led; we all need to come together and change the narrative by stopping the definition of government as a particular person but seeing it as you and I.”

In his earlier remarks, Guest Lecturer and former Cross River State Security Adviser, Mr Rekpene Bassey, stressed that hard drug is any substance which when consumed by a living organism alters the state of the organism.

Bassey enumerated reasons for hard drugs to include bio-psycosocial reasons, which tend to increase prevalence of drug use in the society.

“Survey carried out in 2017 by the National Bureau of Statistics, NBS, Federal Ministry of Health and United Nations Office on Drug and Crimes, UNODC, revealed that 14 per cent of persons between the ages of 15 and 64 were involved in the use of dangerous drugs.

“It further revealed that while 66 per cent of children on the streets are on drugs; 88 per cent of these children are actively involved in crime.

“In the next 25 years, if nothing is done, over 100 million Nigerians will be involved in drug abuse.”

He further attributed the high rate of drug abuse to unemployment, cultism and others.”

COVID-19: Unprofessional Conduct At Gudu Cemetary, FCTA To The Rescue