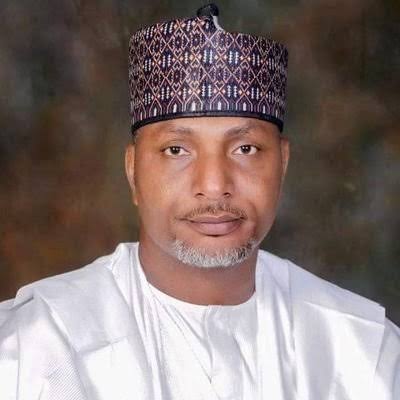 Journalists in Nigeria have been charged to discontinue helping politicians to throw up their ego at the expense of good leadership in the country.

Giving the charge at the weekend in Ilorin, the Kwara State capital, during a chat with newsmen, a chieftain of the All Progressives Congress, APC, and an aspirant for the National Chairmanship of the party, and one of the leading aspirants for governorship in 2019, Mallam Saliu Mustapha said that the culture of emphasising the title; ‘ex-this, ex-that’ was part of the egos ascribed to politicians, and which had always fetched them positions they do not ordinarily merit.

He said that politics should not be a contest of titles, but rather, it should be that of cultivating a culture of contests to serve and touch the lives of the people, asking that this should be made the guiding principle of the game.

He said, “The media should help de-emphasize and play down celebration of titles like; ‘former governor, former minister,’ etc, which often time had been one of the cosmetics used to sacrifice merit for incompetencies in our public life.

“Politicians should apply decorum in the game of politics. In Britain, US and other developed democracies, the questions they ask is that of capability and efficiencies.”

When asked to assess himself as a not too known politician in a game of election of leadership in the party, considering the intimidating array of big names also eyeing the same position in APC, Mallam Mustapha said he had conveniently garnered more than 20 years experience in politics, which cuts across all standards.

According to him, he was an active national member of the defunct All Nigerian Peoples Party, ANPP, and Congress for Progressive Change, CPC, where he was the Deputy National Chairman, adding that he was part of the mega arrangement of parties that formed the present APC.

He added, “I had paid my price, I had been in it at the very centre of actions. I had perhaps been at the background, doing the needful that the parties I belong tick for over 20 years in terrain. I have learnt enough even though my philosophy has always been that of not a do-or-die style”.

He asserted that politics of this age should be that of promoting those that are seen to serve. Service he said may not be limited to a tag of politics but the generality of Nigerian voters saying, membership of a party may not be more than six million people but the voters will be in scores of millions.

He pleaded with Nigerians to bear with the present Federal Government over current national challenges, which he admitted is taking it’s toll on the generality of the people; pointing out that with the unrelenting efforts of the government, the harsh issues would soon be over.