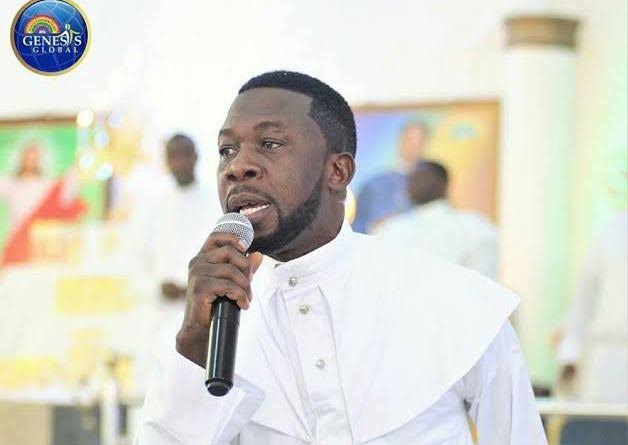 In spite of his recent travails, leading to his being sentenced to two-year imprisonment, by an Ikeja High Court, following allegation bordering on fraud, conversion of properties and obtaining of money under false pretense from a United Kingdom-based Nigerian woman, the General Overseer of the Genesis Parish of Celestial Church Of God, Prophet Israel Oladele, was yesterday celebrated on the occasion of his birthday by members of his church.

Yesterday was his 47th birthday, and members of his Genesis Parish and loyalists took it upon themselves to hold a thanksgiving service to honour and celebrate the man of God.

CompassNG gathered that important and influential celebrities like Abel Dosunmu, popularly known as Mega 99, Small Doctor among others joined the church members to honour him.

The surprise of the day was the gift of a brand new 2021 model of Toyota Land Cruiser, despite his conspicuous absence, depicting how much his congregation and loyalists love him.

Receiving the car gift on his behalf, Adewole’s wife expressed profound appreciation and thanks to the congregation and loyalists and supporters of her husband, espressing surprise at the turn of events, despite her husband been away.