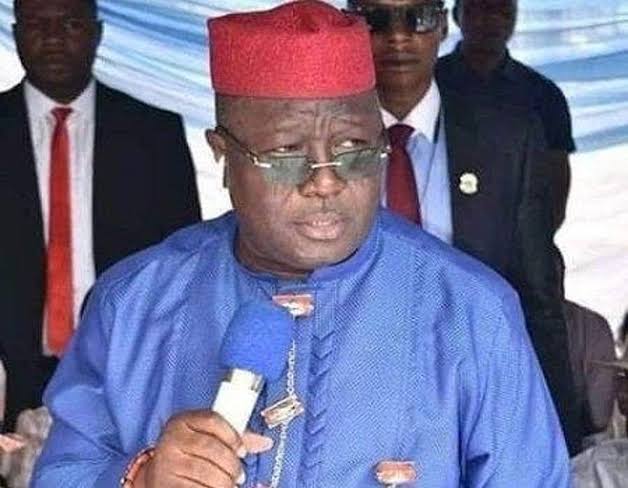 The Managing Director/CEO of Delta State Oil Producing Areas Development Commission, DESOPADEC, Bashorun Askia Ogieh, has revealed that the Commission has delivered 41 projects, while 29 others in the pipeline are already awarded and in various stages of completion in the entire Isoko nation.

Bashorun Askia made the disclosure while delivering his scorecard during the Mid Year Conference of Isoko Development Union, IDU, held at the IDU Secretariat in Oleh, Isoko South Local Government Area of Delta State on Friday, August 28, 2020.

The Conference was attended by Isoko stakeholders, leaders, traditional rulers, Presidents-General of various clans and Chairmen of all branches as well as sons and daughters of the Isoko nation

These projects, according to the DESOOADEC boss include: the Isoko House and landscaping, the Opute Hall, Ozoro; Ultra Modern Civic Centre, Uzere; Model Secondary School, Uzere; Six units of 3-bedroom bungalows for visiting lecturers, hostel facilities for post graduate students and structures at the Engineering Faculty of the Delta State University, Oleh Campus.

In an interview with newsmen, shortly after a foundation laying ceremony of an IDU multi-million naira project inside the Secretariat Complex, Bashorun Askia said that DESOPADEC as an agency has done a lot in the development of various oil bearing ethnic nationalities in the state, including the Isoko nationality.

He said, “I was invited to the Conference and asked to say a word on what I have done, I just have to give summary with an agreement that in the fortcoming December Conference, I will come with a more detailed report with a more pictorial evidence and videos.

“Within this time, we have been able to deliver 41 projects, which I’m ready to provide the pictorials to any body and 29 other’s are in the pipeline that are already awarded and in various stages of completion.

“You heard the President-General also talking of the very critical road from Ofagbe to Ibrede, a road that is linking us with all our isoko people in the riverine communities and land also within Ndowka East. You recall that before now to access our people in Ndowka East you have to go through Kwala, Ashaka and all round but now with the request of the Isoko people we have been able to put in place a road, though still under construction and major part of it done, that will link our people to Ibrede, which is the headquarters of the isoko people across that zone.”

He also stated that DESOPADEC has intervened on the issue of flooding in some Isoko communities that are on the flood plain, which make the people afraid of what will become of their homes and crops.

“There are a lot of other projects. DESOPADEC has intervened in that area and environs of Isoko in the axis or Uzere, Ekregbesi, Asaba-Ase, Ndowka East and Abari in Patani, which you have to pass through. What we are doing now is that the issue of the ravaging flood will be seriously mitigated this time around.

“Our neighboring people of Asaba-Ase, Abari and some other Isoko places across, that have been cut off from the main land here, we also had to intervene, indeed we are done with that now and that road is now open for traffic. These are modest contributions we have made among many others,” Bashorun Askia said.