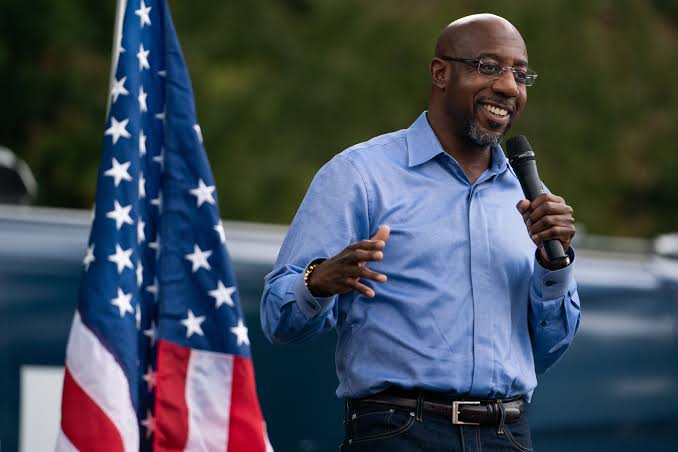 Democrat Rev. Raphael Warnock has won a US Senate seat in Georgia, beating Republican Senator Kelly Loeffler, in one of the state’s pivotal January 5 runoff elections.

Warnock’s win is historic: he’s the first black senator to be elected in Georgia, which fought on the side of the Confederacy in the American Civil War; and he is the 11th black candidate ever elected to the Senate, and he will be one of just three black senators in the current Congress, along with Senators Cory Booker, D-NJ; and Tim Scott, R-SC.

In an interview with Vox in the fall, “Georgia is the home state of Martin Luther King Jr. It has long been the tip of the spear for change in America. And I think that through this movement that we’re building, it once again will be a central focus for that change.”

The other Senate runoff race between Republican Senator David Perdue and Democrat Jon Ossoff has not yet been called.

This once staunchly conservative state has seen immense demographic change in recent years, but has also seen a Democratic Party that is increasingly organized.

“We were all surprised with the results of the November election, and I maintain Georgia is a battleground state.”

Winning both Georgia seats would give Democrats 50 seats in the Senate, plus Vice President-elect, Kamala Harris, serving as a crucial tie-breaker for simple majority votes.

The catch is that most bills need to clear a 60-vote supermajority in the Senate. Therefore, even if Democrats have control of the Senate, they still need around 10 Republican votes to get things done — unless they vote to eliminate the filibuster and change Senate rules to a simple majority rule vote for legislation.

Warnock’s win means that Democrats will have to win over fewer Republican senators to get some basic work done; they now have one more reliable vote on routine but important Senate functions like confirming Biden’s Cabinet or judicial nominees.

Warnock’s win in Georgia gets Democrats one step closer to governability.

Covid-19: I Believe Nigeria Is Prepared!