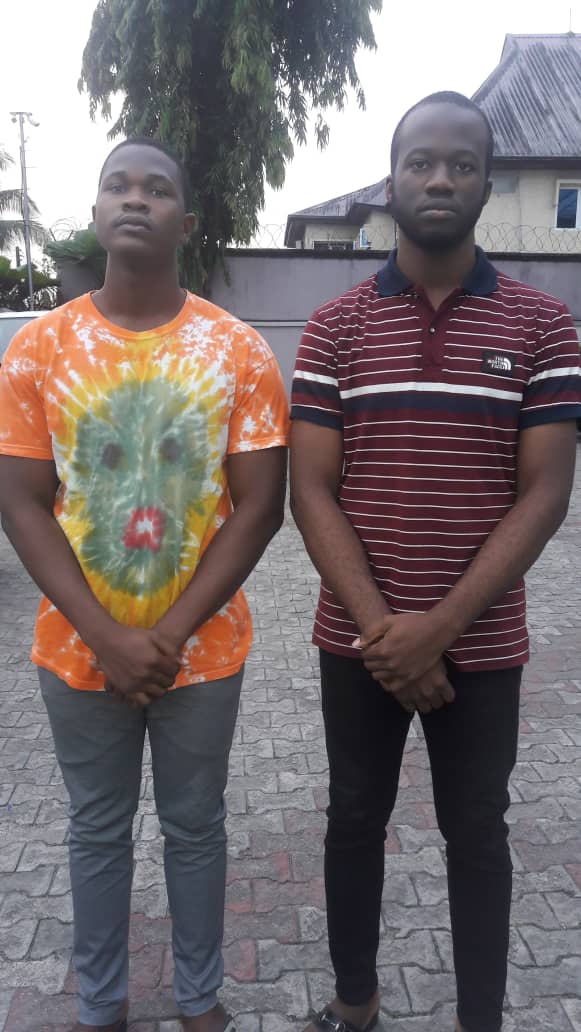 Two internet fraudsters have been jailed by a Federal High Court sitting in Calabar for their alleged involvement in fraudulent activities, the Uyo office of the Economic and Financial Commission, EFCC, has said.

A statement from the EFCC made available to our reporter in Calabar stated that the suspected internet fraudsters, Okanezi David Tamunonengiyeofori and Unuafe Robert Oghenetejiri are to serve three-month jail term each, after the EFCC secured a conviction before Justice Simon Amobeda on Friday.

The cyber crime suspects were convicted on a separate one-count charge bordering on impersonation and obtaining by false pretense.

The duo were asked to go and cool their feet at the correctional centre because one of the suspects Oghenetejiri, fraudulently obtained the sum of N492, 000.00 from one Julius Austin Nkpung, after hacking into the electronic identity of his UBA account, while on the other hand Tamunonengiyeofori is to also serve a jail term for impersonating one James Ogbonda to enable him gain monetary advantage for himself from his victims, who did not know that he was a fraudster.

The two suspects however pleaded guilty to the charges preferred against them.

However, the prosecuting counsel, Joshua Abolarin, prayed the court to invoke Section 270 (9) and (10a) of the Administration of Criminal Justice Act, ACJA, so that both suspects can be convicted.

The defence counsel, C. N. Nweke, prayed the court to tamper justice with mercy during the pronouncement of the jail term, since they were first time offenders.

Delivering the judgment, the presiding judge, Justice Amobeda, convicted the accused persons and sentenced them accordingly, in accordance with the provisions of the extant laws.

In his words, the judge said, “I have considered all the factors, particularly the fact that the convicts are first-time offenders and who have exhibited sincere penitence in the circumstance, rather than insist on their inalienable rights to trial.

“They pleaded guilty, thereby saving tax payers resources and the time of this court.”

However, the court further ordered that the convicts forfeit every instrument used in committing the crimes to the Federal Government.

The presiding judge also ordered both convicts to sign an undertaken that they are going to be of good behavior and not to be involved in any crime any longer.

Both suspects were latter taken to the EFCC facility in Uyo to be remanded pending when they would fulfill the fines/restitution.