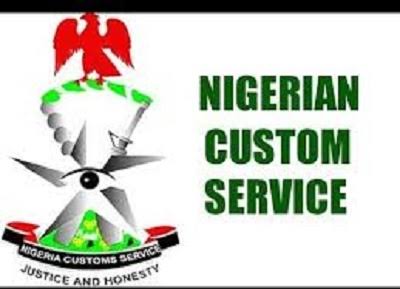 The Joint Border Drill Operations of the Nigerian Customs Service in the North Central geo-political zone has impounded contrabands worth over N1.2 billion.

The haul was made between the months of May and July, 2020, in Kwara, Kogi, Niger and Benue states that made up the zone.

He said the two stores were raided and a total number of 450 and 224 bags of foreign parboiled rice of 50kg respectively were discovered to be smuggled into the state.

“The most exceptional seizure was the interception of a Tipper with registration number ZAR 803 XA, which carefully concealed 140 bags of foreign rice under sharp sand.”

Lamenting that it was disturbing that some die-hard smugglers had also resorted to using ‘Keke NAPEP’ to smuggle rice, Comptroller Garba stressed that “the sector wishes to reiterate its stand that there is no retreat on the fight against smuggling in whatever disguise or camouflage.”

He revealed that the seizures within the period under review included 17,490 bags of foreign parboiled rice, which is equivalent of 29 trailers of 600 bags each; 310 kegs of vegetable oil; one locally made pistol with a live cartridge; 944 drums of AGO and 3,676 25-litre jerry cans of petroleum products.

Garba also pleaded with journalists and the general public within the zone to assist the NCS with useful information that would assist in curbing smuggling activities.

To Be Safe From Coronavirus, Shave Your Beards -US CDC