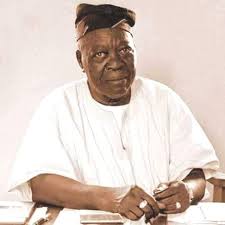 Forty years after his passing away, the legacies of the 49th and arguably the longest reigning Ooni of Ife, Oba Adesoji Aderemi, enjoyed a retrospective boost recently when scholars, academics, historians, traditional rulers, culture enthusiasts, politicians, researchers, journalists, students as well as other eminent dignitaries from different walks of life paid glowing tributes to him.

The eulogies and tribute came as a Development Agenda for Western Nigeria, DAWN, Commission Colloquium, held on zoom to reminisce on the enduring legacies the monarch set while on the Oduduwa throne during his 50-year reign and had in attendance late Oba Aderemi’s children, grandchildren and great-grandchildren as well as the incumbent Ooni of Ife, Oba Adeyeye Ogunwusi.

Late Oba Adesoji was Oooni of Ife between 1930 and 1980 when he joined his ancestors.

The colloquium was held to mark the 40th anniversary of the death of the first-class monarch and also intended to immortalise him, particularly his immense contributions to regional and national development.

The Director-General of DAWN, Mr Seye Oyeleye, said that the colloquium was organised by DAWN Commission as part of its Yoruba Historical Conversation series, which was established to highlight the greatness of the Yoruba race and also to enable young Yoruba tribes to connect the past with the present and better understand their great heritage.

Eulogising Oba Aderemi, Ooni Ogunwusi, said, “Oba Aderemi Adesoji left behind very big shoes with many legacies. He was a major pioneer of independence negotiation, not only in Nigeria but also in Africa.

“Every day is a celebration of his enduring legacies and his good deeds. I will forever emulate him.”

A Professor of History at Osun State University, Siyan Oyeweso, in his reflections on Oba Aderemi’s virtues said, “Oba Aderemi was highly interested in deepening our understanding of the history of Ile-Ife and the culture industry. He led by personal examples.”