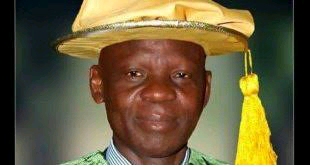 The Federal Polytechnic, Offa, in Kwara State has read riot acts to students involving or intending to engage in cultism, cybecrime (yahoo yahoo) and other vices in the institution.

Reeling out the vices the institution frowns at, which include: cultism, examination malpractices, improper dressings, like ‘sagging’, revealing dressing and others, the Rector promised that such vices would henceforth carry stiff punishments, leading to expulsion and prosecution by the law enforcement agents with a high risk of imprisonment.

Olatunji’s words, “Cultism is a dangerous vice that you must avoid as a dangerous snake. Cultists live very short lives, because they get killed eventually.

“In as much as the use of social media is the vogue now, you must use it positively for things that will add value to the polytechnic and the society. Be informed that no student is permitted to publish negative information about the polytechnic. Use your phones wisely, dont use it to abuse the internet.”

The Rector added, “Cybercrime also called ‘yahoo yahoo’ is a serious crime in Nigeria and all over the world. Dont get yourselves involved in these nefarious activities or any other related crimes.

“Violation of this directive could lead to the withdrawal your studentship and prosecution by the law enforcenent agencies and ultimately imprisonment.”

Dr. Olatunji also declared that “the way you dressed is the way you will be addressed. No ‘Marlian’ dressing here. The Polytechnic has a dressing code, which must be strictly adhered to always.

“Some of the unacceptable dressing conducts in this institution are: wearing of dirty dirty/ tattered and crazy jeans, wearing slippers, pulling down of trousers to the hips (sagging), tattooing of the body, piercing of nose or any part of the body, except the ears (for females only).

“Others include: colouring of hair and attachments, wearing of revealing or over clinging clothes, such as body hugs, etc, are offences that attract severe disciplinary actions in this Polytechnic.”

Dr. Olatunji also told the gathering that by the next academic session, the polytechnic would mount twelve courses, made up of ten ND and two HND courses, after NBTE must have completed resource inspection this month.

Boasting of two e-learning facility libraries in each of it’s two campuses as well separate libraries in all academic departments, with up to date books, journals, magazines and other academic publications, which he said were meant to enhance adequate learning.