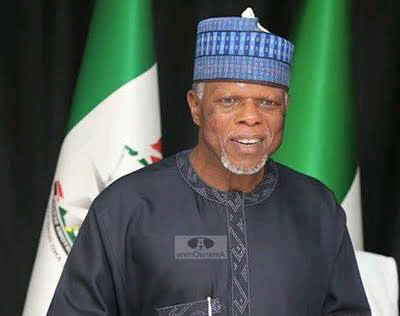 A coalition of civil society orgabisatis, CSOs, under the aegies of Coalition of Civil Society Networks, CCSN, one of the formidable civil society networks in Nigeria and in the diaspora saddle with the responsibility of promoting accountability, transparency and good governance has sought the immediate intervention of President Muhammadu Buhari in the wasting away if seized vehicles estimated at the cost of over N50 billion in different Customs’ commands across the country.

In a petition, titled: N50bn Seize Vehicle Waste Away In Customs’ Custody,’ dated December 20, 2021, signed by CCSN National Coordinator, Zakari Hashimu, and addressed Buhari, the CCSN demanded the “immediate intervention of the Federal Government, in line with global best practices and standard, to look into the waste of vehicles worth over N50 bilion in custody of the Nigerian Customs Service, NSC.”

The coalition averred that over 50,000 vehicles of different brands and classes, estimated at over N50 billion are currently wasting away at various warehouses of the NCS nationwide, while bidders prospect for the opportunity to buy them on the e-auction and manual platform.

The seized vehicles, according to the coalition, included exotic brands and top models, were either abandoned by importers or seized from smugglers across the borders, seaports and other locations.

The coalition claimed that seized vehicles, “many of which have reportedly gone through the process of court condemnation and are awaiting auction,” are detained at the border stations, seaports commands and at the Federal Operation Units, FOUs, in Lagos, Owerri, Benin, Bauchi, Kaduna and Kano.

CCSN informed that the Comptroller-General of the NCS, Hameed Ali, had on July 3rd 2017, introduced an e-auction platform – app.trade.gov.ng/e-auction, which it claimed recorded little progress due to some glitches being experienced with the digital technology.

It added, “The last phase of the auction had only 806 vehicles uploaded on the platform, and bought by 753 bidders. It generated about N346.1 million. Another phase began late May 2019, but the coalition learnt that it did not last one month before it was shut. At present, the e-auction process has stalled, due to the banks’ e-wallet challenges as stated by customs authority.”

The coalition quoted the Customs’ Public Relations Officer, Deputy Comptroller Joseph Attah, who confirmed in an interview that the banks’ e-wallet challenges posed difficulties for bidders in making payment.

Attach had said, “The e-auction is active and still on. Just that bidders at a point were experiencing difficulties in making payments through the e-wallet. The CGC had a meeting with the managing directors of the affected banks, who promised to sort out the challenges at their own end. Uploading will continue immediately the banks are ready.”

Attah had earlier revealed that some of the vehicles in their custody were due for auction, while others were still undergoing court processes.

Attach added, “It’s not everything that you see there that must be auctioned. There are several conditions that are keeping some of them. There are those whose cases are still in court, and we have no right to auction them. We don’t have control over the court, and we don’t know how long the cases will take.”

Meanwhile, some of the banks, when contacted, according to the coalition were reluctant to comment on the issue, saying that the Customs should sort out its problems and stop apportioning blame.

The coalition added in its petition, “The Nigeria Inter-Bank Settlement System Plc, NIBSS, said that the NCS should mention the specific problem for it to know how to intervene. The question everyone would ask now is ‘why don’t we use the single treasury account of the Federal Government in selling off these vehicles?

“Some of the vehicles at Seme Customs, FOU Zone A, Ikeja, Idoroko Command, and TinCan Island Command in Lagos are already depreciating and losing value due to the wear-and-tear caused by the long period of parking.”

The NCS said some of the vehicles were intercepted during attempts to smuggle them into Nigeria, while others were seized for being used to convey smuggled items.

Spokesman for Seaport Terminal Operators of Nigeria, STOAN, Bolaji Akinola, said that over 10,000 vehicles were rotting away at the ports alone, taking over the space that could have been used for incoming goods.

Akinola had said, “The available spaces in the ports are being overtaken by overtime cargoes, including vehicles, and this is unfortunate. For several years, government has refused to auction the vehicles, and nobody can remove them except they are auctioned by the customs.

“The advantage of auction is two-fold: it will make valuable space available in the port for other cargoes. The law provides that any cargo in the port, after 45 days, has become overtime cargo, and it automatically becomes government property, and in a move to free the space, government auctions them. Apart from freeing the space and reducing ports congestion, it will also help raise the much-needed government revenue.

“What is the economic sense in leaving vehicles at a particular space to rot away for years? So, we appeal to Customs that whatever modality they want to use, (e-auction or manual auction), they should auction them.”

A clearing agent, Benson Izuora, decried a situation whereby vehicles would be allowed to rot away when millions of Nigerians are seeking to buy them.

Izuora said, “It is unpatriotic and a waste of resources. Sometimes I begin to wonder what is happening to this government, some officials seem not to know what they are doing. We all know that the country is in dire need of funds to implement budgets. Why not auction all of those vehicles and earn money, rather than letting them waste away. If the e-auction is not working, they need to do something about it, or go back to the manual system.”

Meanwhile, while the Customs is undecided over how best to sell the vehicles, some unscrupulous people are taking advantage of the situation to exploit innocent Nigerians on the social media, by posing as officers coordinating the auction, among others.

It is reported that some of them were even bold enough to use the NCS official Facebook account to perpetrate the fraud.

One posted, “Nationwide auctioning is currently ongoing now. Impounded vehicles for sale in a cheap and affordable auction price, interested buyer should kindly contact… on …9296.” The fraudster listed about 30 vehicles for auction, with prices ranging from N350,000 to N800,000.

Another person, with a woman’s picture on his page, said, “The 2019 NCS auction is ongoing. Purchase cheap bag of rice, clothes, groundnut oil and cars. Call the marketing officer on …05892.”

When called by the coalition for a Lexus 330 SUV, the fraudster was discovered to be a man with a completely different name, who identified himself as a customs officer at Idirokko Command, in Ogun State.

The coalition added, “The responder who appeared to be well grounded in the deal said, ‘Lexus 330 is available. You have to come down to Idiroko in Ogun State. We also have some in Badagry/Seme border. You will need your border permit and your inspection form for you to come inside the border. If you want to get your border permit, I can process it for you, it’s just N7,500, while the inspection form is just N5,000. You will take the inspection form to the warehouse where you want to inspect the vehicle. We need to process the paper. If you are buying it now, we will create a fake document for you here, which we call the clearance paper to clear the vehicle. This is just N85,650.’”

At the end of the discussion, according to the coalition, the total cost of the Lexus 330 model was N1.2 million. But the same model goes for between N3.3 million and N3.5 million in the market.

In it’s reaction, the NCS has disowned the “fake officers,” saying it does not auction vehicles, rice, vegetable oil, and other items via social media or third party.

In a notice, titled ‘Facts About Car Auction,’ the NCS said, “If it were the way the public is misinformed, then every Customs officer would be driving an exotic car. NCS officials work, earn salaries, and plan for life, just like every other person. Auctions are not a function of just the NCS alone. There are a total of 18 government agencies involved.

It added, “These funds will go a long way in promoting the economic development for the citizenry.”