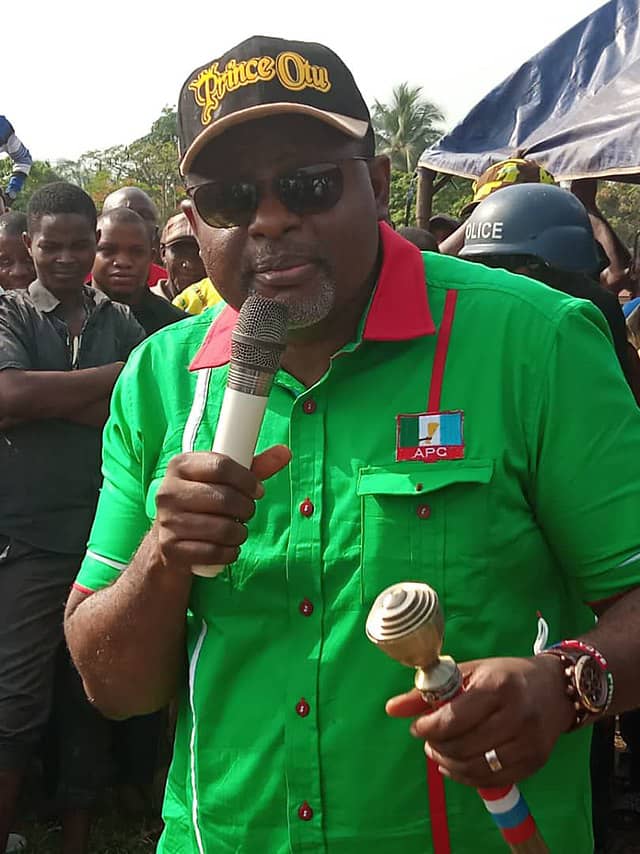 The Federal High Court, sitting in Calabar, the Cross River State capital, on Thursday dismissed an application brought before it by the Peoples Democratic Party, PDP, and its governorship flag bearer, Senator Sandy Onor, seeking the disqualification of the All Progressives Congress, APC, gubernatorial standard bearer, Senator (Prince) Bassey Otu and his running mate, Hon. Peter Odey, from participating in the 2023 Cross River State guber poll.

Senator Onor and the PDP, in an originating summons, had dragged the APC, Senator Otu, Hon. Odey and the Independent National Electoral Commission, INEC, before the Federal High Court, Calabar, as 1st, 2nd, 3rd and 4th defendants respectively, alleging that the 3rd defendant was not a member of the APC and that he was also a British citizen and as such, was not qualified to run for any elective position in Nigeria.

Counsel to the PDP, Mba Ukweni, SAN, had prayed the court to, among other five requests, disqualify the APC gubernatorial candidate and his deputy, who are the 2nd and 3rd defendants, since it was a joint ticket.

However, in her ruling, the presiding Jjdge, Justice Rosemary Oghoghorie, said that counsel to the plaintiff failed to convince the court enough to prove their case. She therefore struck off the matter.

Senator Owan-Enoh’s case against the APC candidate was also dismissed and Otu declared as the party’s authentic standard bearer for the 2023 Cross River State gubernatorial election by Justice Ijeoma Ojukwu.

Abducted Student: FUNAAB VC Thanks God That Everything Went Well