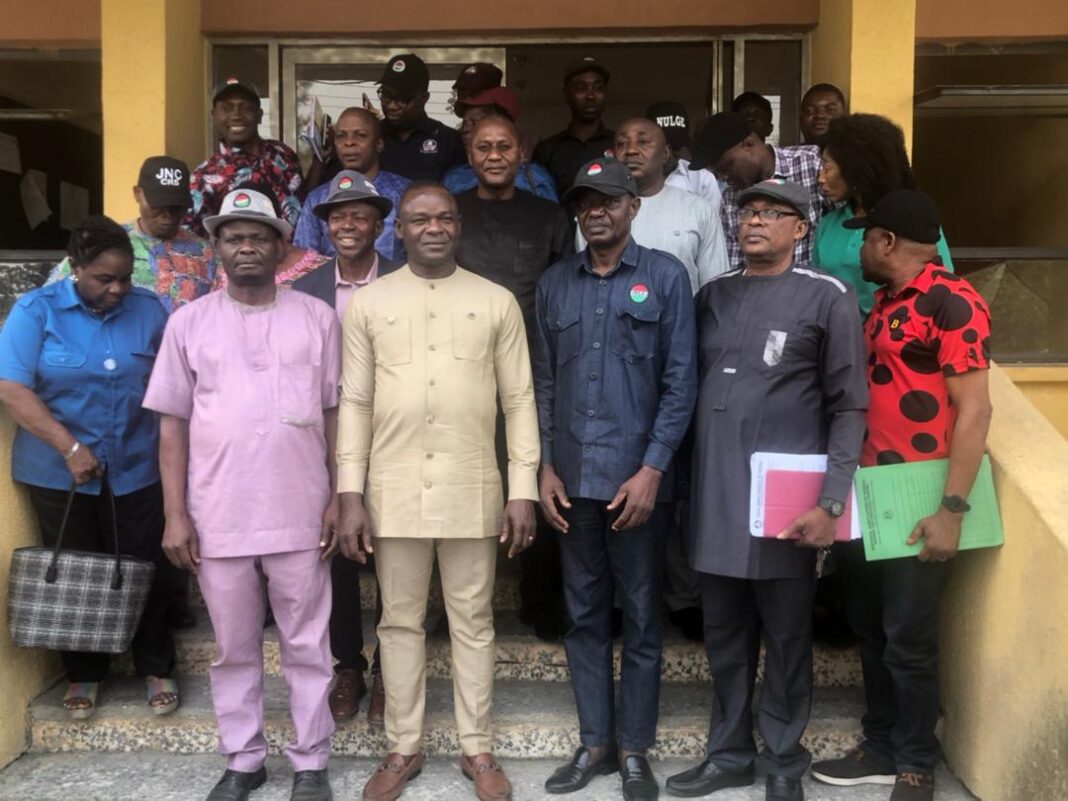 The labour leaders stated this during a courtesy visit to the state’s Head of Service, HoS,Mr Timothy Akwaji.

The organised labour, comprising of the Nigeria Labour Congress, NLC; Trade Union Congress, TUC; Joint Action Negotiating Council, JANC, and other affiliates urged the state government to implement the MoU it signed with the labour unions before the strike was called off.

The labour leaders issued the threat in brainstorming session with the Cross River State HoS, when they paid a courtesy visit to his office on Wednesday in Calabar.

Threatening to call out the state’s workforce on strike if the state government fails to honour the agreement it entered into with unions’ leaders, the labour leaders called for the reinstatement of 31 civil servants, whose names were mistakenly omitted from government payroll, causing the workers to languish in poverty and frustration.

Speaking on behalf of organised labour, the Chairman of Cross River State council of the NLC, Comrade Ben Ukpekpi, said, “I’m shocked when I discovered that these category of persons were yet to be returned to service.

“Thirty-one of them, whose names were mistakenly remove from the payroll and in spite of all this, they are still going to work. I wonder how they survive with this kind of situation.

The labour leaders frowned at the way and manner which some key issues that bordered on workers’ welfare are treated with kidsgloves, wondering why it has taken so long for the reinstatement of the names, despite the agreement by the government to get the names restored with out any hitch.

The union leaders maintained that restoring the 31 names into the workers payroll was an issue that was top on the agenda and captured conspicuously in one of the clauses in the MoU with the state government.

Other issues that came up during the courtesy visit, include: termination of deductions for computers, issue of deductions for annual incremental steps and implementation of 27.6 per cent teachers salary allowances.

This inability of the state government to implement the MoU as propelled the labour unions to issue fresh threat if industrial unrest.

Responding, the Cross River State HoS, Akwaji assured the workers of his willingness to work with the labour unions for the betterment of the state.

Akwaji stated that at a moment, a memo detailing some of the critical issues drawn from the MoU had been uforwarded in a memo to the state governor for possible approval; charging the labour leaders to be patient to enable government attend to the issues.

When Silence Is Golden