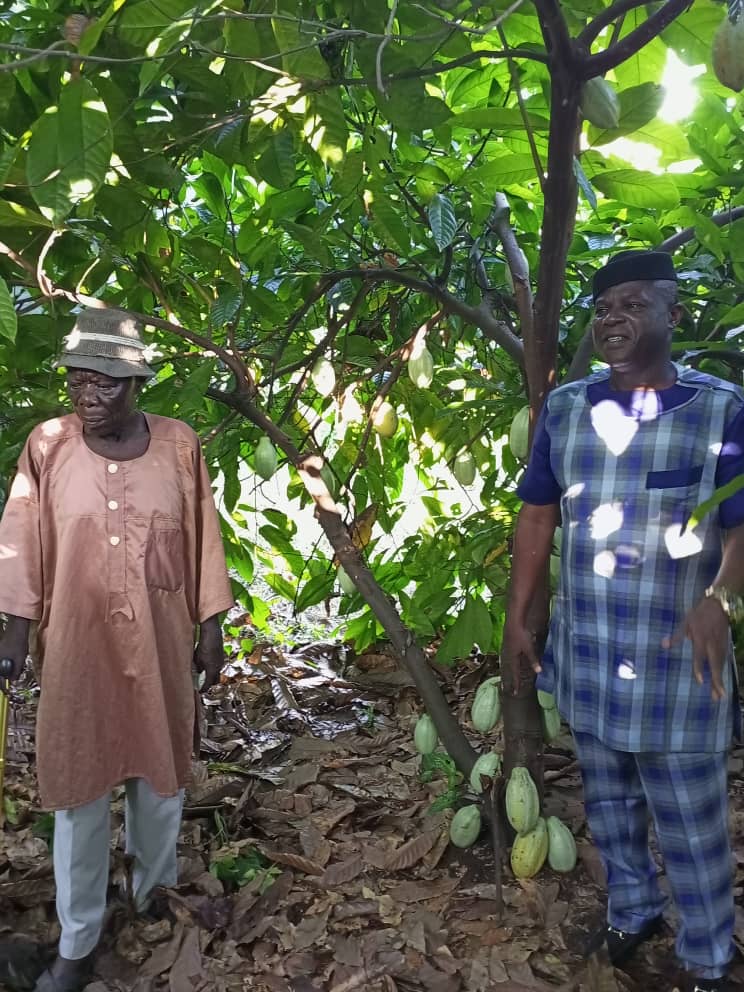 The village head of Akin Osomba community, in Akamkpa Local Government Area of Cross River State, Ntufam Patrick Etim, on Wednesday called on Cross River State Governor Ben Ayade to expedite action in the signing of Memoradum of Understanding, MoU with landlords community of Akin Osomba Cocoa Estate to enable the state government take full ownership of the 38,000-hectare cocoa plantation, donated by the community to the state government.

The monarch stated that it is only when an MoU is signed with the community that the state government can take full ownership of the cocoa estate it developed some years ago in Akin Osomba community.

He stressed that the MoU will give opportunity for both parties to complete necessary paper work to pave way for full ownership of Akin Osomba cocoa estate, cultivated by the state government.

He said, “I m very impressed with what I had seen on this farm; from what I gather, this farm was cultivated almost the same time with that of Akin Osomba. To me, cocoa can do well anywhere in Cross River State.

“If cocoa can do well here in the city of Calabar, then the one planted in our community would do better than this one, if the farm is properly nurtured.

“This is why some of us want the state governor to visit our community and get the necessary paperwork done so that it can take full ownership of the farm for the betterment of all the stakeholders.”

The monarch pledged to relay what he had seen at the CRBC demonstration farm to his kinsmen, adding that the new cocoa estate when it becomes fully operational, will help to developed the community, as many jobless youths would have opportunity to be engaged in the plantation.

Also speaking on the issue, the Special Adviser to Govermor Ayade on Cocoa Development and Control, Dr. Oscar Ofuka, stated that development of cocoa cash crop by the administration of Ayade remained the greatest legacies to be left behind when it’s tenure elapsed.

Restructuring, Only Way To Save Nigeria