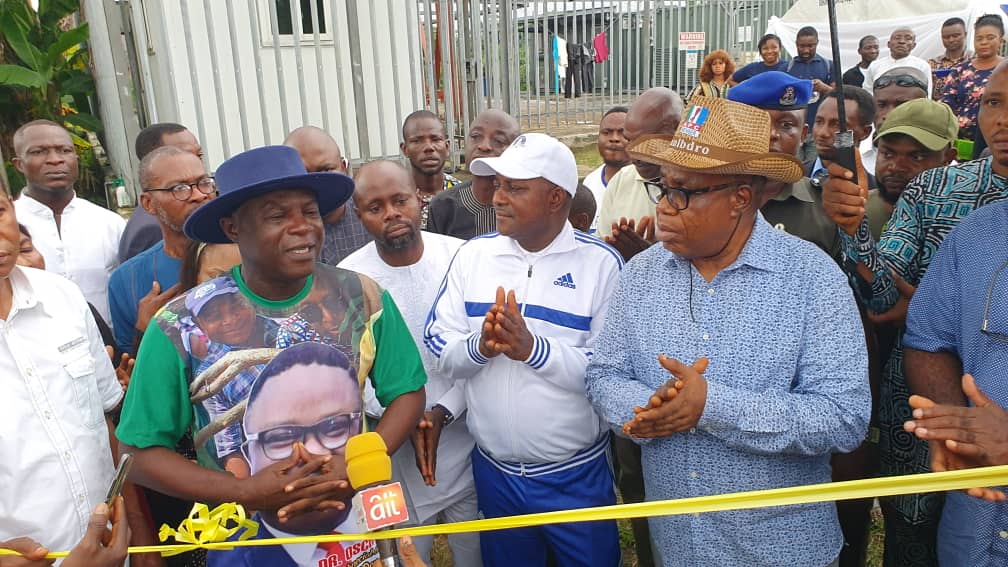 The Cross River State government has distributed over two million improved variety of cocoa seedlings to farmers in the seven local government areas in the South senatorial districts of the state.

Distributing the seedlings to the benefiaries, the Special Adviser to Governir Ben Ayade of on Cocoa Development/Control, Ntufam Dr. Oscar Ofuka, stated that with number of farmers that had gone fully into cultivation of cocoa cash crop in the three senatorial districts of the state, Cross River State, is placing itself in a better position to multiply the tonnes of cocoa to be produced in the state.

Stating that with the massive cultivation and incentives through seedlings distribution, the state stands in a proper position to be ranked as highest cocoa producing state in Nigeria in the nearest future, Ofuka maintained that the initiative is to ensure that Cross River States meets up with the state governor’s desire of ensuring that the state becomes the highest cocoa producing state in Nigeria and be included in world cocoa world map, just like Brazil and Cote’Ivore.

The SA maintained that by the attainment of such feat, the state would have succeeded automatically in writing her name in the cocoa world map.

On why he decided to distribute the cash crop seedlings to the Southern senatorial district, the governor’s aide stated that research on ground shows that cocoa is one crop that can do well any where across the three senatorial districts of the state and urged farmers in the state not to relent in the cultivation of the cash crop to boost, not only their personal income, but the entire economy of the state.

He charged the council chairmen of the beneficiary seven local government areas of the state to go fully into cocoa cultivation, if they are interested in enlarging their coast, as cocoa is the next gold that can easily change one’s financial and economic status.

Ofuka stated that with many going fully into cocoa cultivation across the three senatorial districts of the state, the ultra modern cocoa factory, which is currently undergoing construction by the state government, would not lack raw materials to fulfill the main purpose for which the factory was established.

He said, “I tell you, with just 50 per cent of the state populace owning their own personal farms, poverty would have become a thing of the past.

“This issue of young school leavers roaming the streets of the state capital and other big cities of the nation would no longer be experienced.

“Owning a cocoa farm of your own, you would have automatically transformed yourself to employment generator, rather than one who seeks for employment opportunity, as cocoa plantation remains an employment provider.”