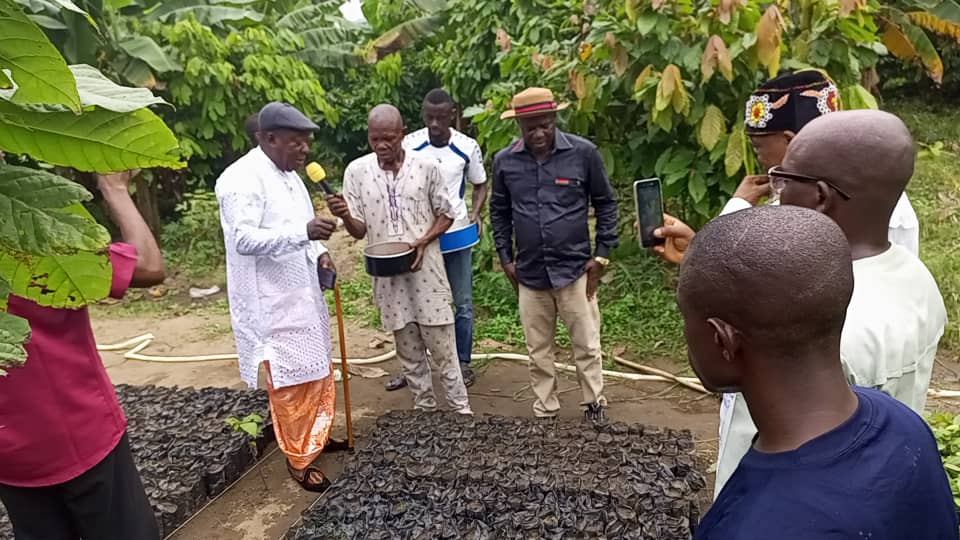 The nursery, which would be distributed at no cost to men and women residing in Cross River South senatorial district, would help farmers in the senatorial district key into the governor Ben Ayade’s cocoa revolution to enable the state be at par with top cocoa producing nations like Cote d’Ivore and Ondo State in Nigeria, as far as cocoa production is concerned.

Special Adviser, SA, to Governor Ayade on Cocoa Development and Control, Ntufam Dr Oscar Ofuka, while addressing farmers from the South senatorial district, who paid a visit to the premises of the Cross River State Broadcasting Corporation, CRBC, to witness the ceremony of harvest of cocoa cash crop at the CRBC demonstration farm yesterday, stated that with cocoa, the fortune of the state can easily be turned around. 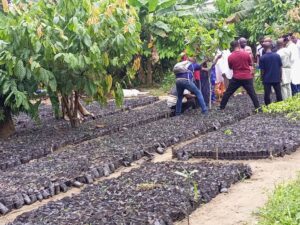 Ofuka stated that the nursery is the only solution that can transform the existing moribund estates that had outlived their usefulness, stressing that the nursery raised would be used to do replacement in certain portions of government owned cocoa estate planted decades ago by the Okpara administration.

He said that the nursery is the only way to revived the estates that have become so sick due to old age.

Ayade’s aide charged residents of the state, particularly those residing within the Southern senatorial district, to key into the Ayade cocoa revolution, which is determined to make the state rank among countries like Cote d’Ivoire and Ondo State that have become giants in the production of the cash crop.

He said, “The governor, who is my boss is more emphatic about complete renegation of cocoa production. Cocoa, which was abandoned decades ago when oil was discovered in the country.

“Today cocoa is the new gold. It’s a money spinning venture, which if many go into, stand the chance of making many become billionaires.

Ofuka called on Cross Riverians to key into the Ayade Cocoa revolution, which is capable of transforming the state economy and make people of the state to become multi-billionaires rather than roam the streets of the cities in search of jobs that may hardly exist.

He added, “I urged young and energetic people of Cross River State to venture into cultivation of cocoa if they have the zeal to better themselves.

“The brand of cocoa nursery we are raising here is organic cocoa that would be devoid of chemical usage to nurture the cocoa pods.

“The variety we are raising is very expensive at the international market.

“This specie of cocoa begins fruiting after 18 months and from what experts had told us, it is the best in the production of chocolate bars.

“We would used the seedlings to do replacement for the 3,800 hectares of cocoa planted in one of the plantations last year.”

How We Re-Arrested Kanu -FG