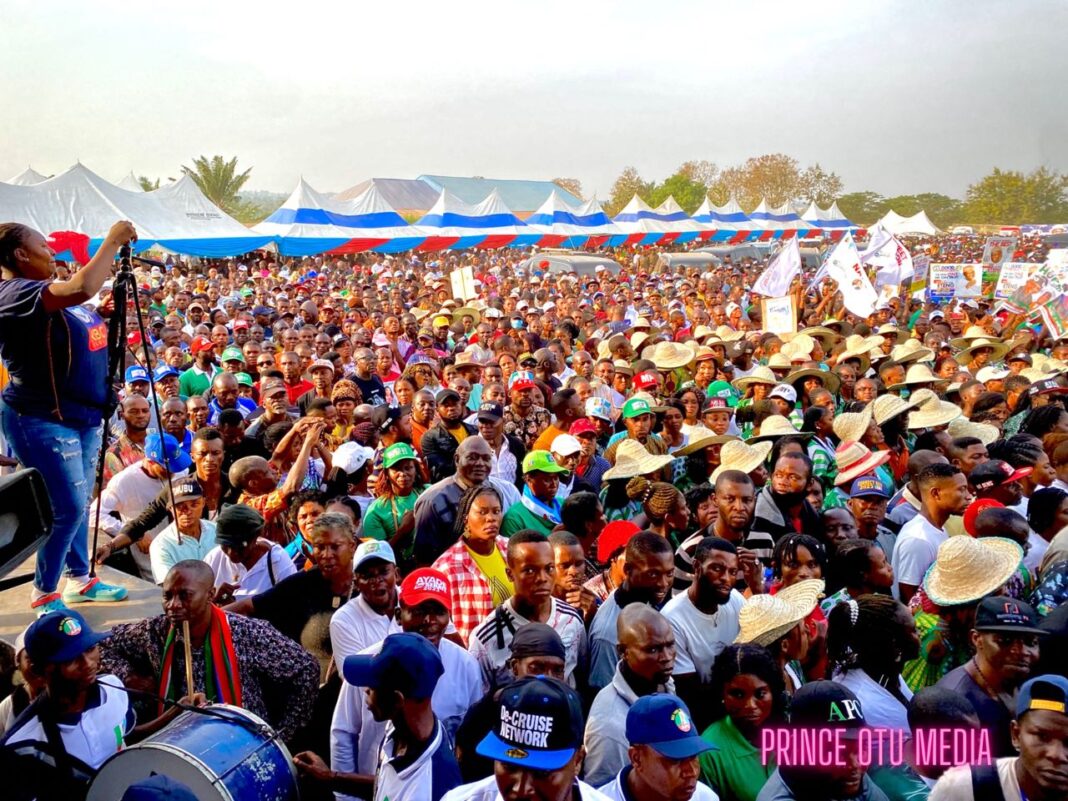 The ruling All Progressives Congress, APC, in Cross River State on Saturday kicked off its campaign for the 2023 general election at the Ogoja township stadium.

The event witnessed an unprecedented crowd, as residents trooped out to show their love for the ruling APC and warmly welcome the governorship hopeful, Senator (Prince) Bassey Otu, alongside other candidates of the party, with so much verve and enthusiasm.

Speaking at the event, the APC gubernatorial candidate for Cross River State, Prince Otu, said that he was excited to be in Ogoja.

A report made available to newsmen by Otu’s media aide, Barrister Ekpenyong Akiba, quoted the the gubernatorial hopeful as saying, “I am a true Ogoja son. I lived and grew up here. I also went to school here.”

The leading governorship candidate, who used the opportunity of the rally to unveil his manifesto titled: ‘People-First Manifesto,’ further stated, “The last time I came here was to thank you for electing me as the APC flagbearer for our dear state. 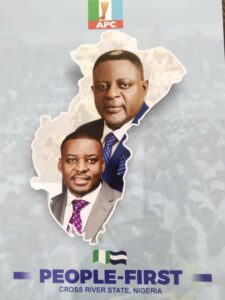 “While I was here, we had some discussions and I took note of everything you said. Today, I have returned with a solution to those issues you raised and I have put them into a document that represents our manifesto. And we will follow it to the letter to ensure its implementation. That is why, it is called The People-First Manifesto.”

The colourful occasion also featured the defection of prominent Peoples Democratic Party, PDP, leaders, led by Barr. Emmanuel Lifu, who left the opposition party with thousands of his followers to join the APC.

The executive governor of Cross River State and the senatorial hopeful of the Northern senatorial district, His Excellency, Prof. Ben Ayade, admonished the people of Ogoja to stand by zoning, emphasizing that it is rightfully and truly the turn of the South, and as usual the North should vote one direction to sustain her unity as a district.

Ayade moved a motion for the endorsement of the presidential candidate of the APC, Asiwaju Bola Ahmed Tinubu, Prince Otu and all state and National Assembly candidates, in which there was a thunderous response from the mammoth crowd in affirmation, demonstrating their readiness to vote APC from top to bottom.