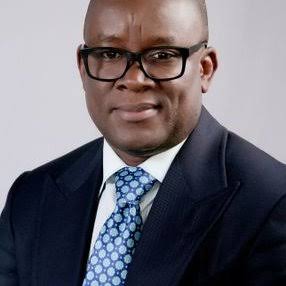 A chieftain of ruling All Progressives Congress, APC, jostling to govern Cross River State ahead of 2023, Senator John Owan-Enoh, has withrawn from the governorship race, asking his supporters to put their weight behind Senator Bassey Otu, the consensus aspirant of the APC leadership.

Speaking with party supporters and his campaign cordinators at Jorany Hotel Calabar, the governorship aspirant stated, “I am saddled with the onerous responsibility of conveying to you, my decision to suspend our campaign for the governorship of Cross River State on the platform of our party, the APC.

“After deep reflection, in addition to consultations, I have taken the decision to yield to the consensus arrangement of our great party in the firm belief in the supremacy of our party.

“I do this for the sake of the unity of our platform and my support for the leadership of our party under His Excellency, Governor Ben Ayade.

“No matter how profound our vision is, no matter how brightly the light of hope burns in our hearts, as loyal party men and women, the supremacy of the party is sacrosanct at all times.

“And so, it is in full compliance and obedience to the decision of our party as well as your understanding that I suspend this campaign.”

The one-time member of the House of Representatives, who represented Obubra/Etung federal constituency and one time chairman Finance and Appropriation Committee of the House said, “It is therefore in this spirit that I urge you to throw your weight and support behind Senator Bassey Otu, the consensus choice of our party.”