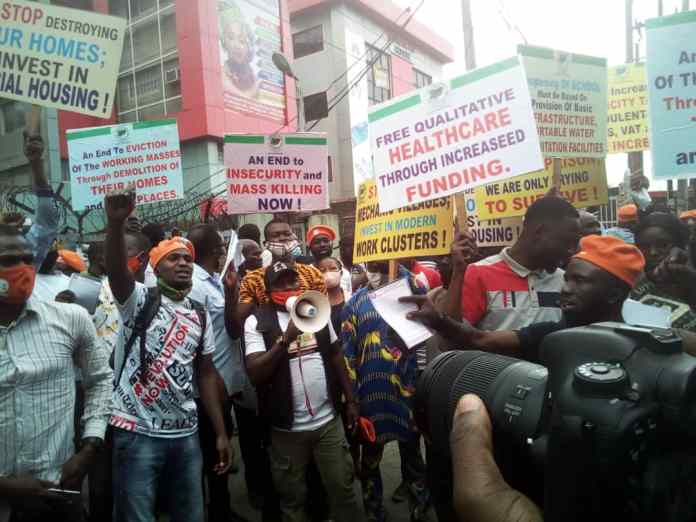 The National Publicity Secretary of the African Democratic Party, ADP, Adelaja Adeboye has described the crackdown on #RevolutionNow protesters across the country by the security forces as an insult on democracy.

This is just as the crackdown which has continued to receive serious knocks from prominent Nigerians.

The ADP National National Publicity Secretary said it is painful that democracy is now tilting towards it’s end in Nigeria, with the way and manner, the country is being governed, like in the days of military jackboots.

Adelaja posited that “it is still within the constitutional right of Nigerians, to protest against bad leadership and governance. The harassment and dehumanization of protesters by the Nigerian security agents during Wednesday’s #RevolutionNow protest is uncalled for. President Muhammadu Buhari himself protested against GEJ.”

He said that instead of cracking down on protesters, the government should make effort to genuinely address their agitations, which includes corruption, mindless killings by Boko Haram, lawlessness and many more.

Adelaja, however advise the convener of the protest, not to allow participants of the protests to be left to battle with security forces on their own, charging them to ensure all those arrested are released promptly.

Don’t Address Me As ‘Your Excellency’ -Famuyibo