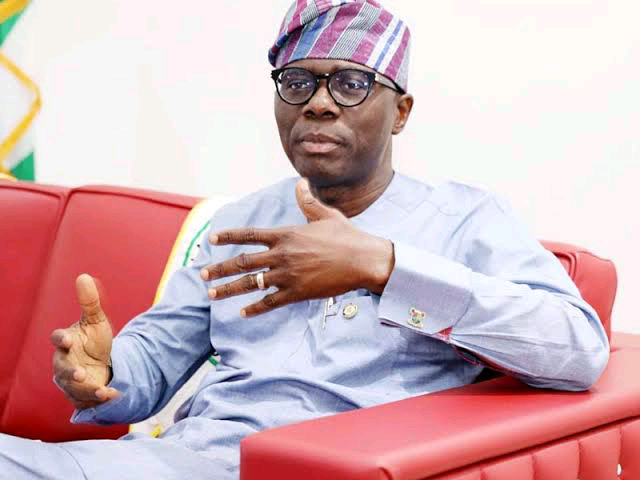 As non-governmental organisation, NGO, the Progressive Volunteers, has expressed shock at the 135 COVID-19 fatalities recorded in Lagos State as announced by Governor Babajide Sanwo-Olu, describing it as lamentable.

The leader of the Progressive Volunters, Comrade Soyoye Ekundayo, consequently expressed the need to support Governor Sanwo-Olu towards curbing the surge.

Ekundayo, in a statement made available to the media quoted the governor as saying that 135 deaths were recorded in the third wave of the dreaded pandemic; and that the distribution of Moderna vaccine would commence in Lagos today Wednesday, August 25, 2021, pledging support for the governor on the steps being taken by him to arrest the situation.

The NGO therefore tasked residents of the Centre of Excellence to assit the governor in curbing the menace by observing all the preventive rules and protocols spelt out by the authorities and the experts towards the demise of the killer disease, reminding that prevention is not only better, but also cheaper and safer than cure.

The NGO admonished that the mileage the governor has covered since the beginning of the pandemic about two years ago, that earned him accolades and commendation both home and abroad should not be allowed to be eroded through nonchalant attitude of few among the populace, repeating the mantra – Save Yourself and save others.

The organization once again asserted that Lagos State under Sanwo-Olu has taken the lead as usual in this life saving efforts, of which the whole nation is grateful for; assuring that all the necessary things to be done to support the governor on the issue at hand would be incorporated in its enlightenment advocacy to persuade the populace to see the need to team up with the governor to salvage the state from the claws of the COVID-19 pandemic.

Disclosing that all its teeming members have been put on notice on the need to spread the safety gospel according to the authorities, the NGO is of the conviction that “the battle at hand is to be fought collectively,” reminding that, it is not an exclusive duty of the government alone, but collective responsibility of all and sundry.

The Progressive Voluteers also enjoined the media to use its power of enlightenment to spread the advocacy against coronavirus across the length and breadth of the country, with a view to having a healthy environment that would be conducive for habitation and business transactions that would boost both personal and national economy.

Recall that some of the measures put in place by the government include, but not limited to: limiting the number of people at any gathering, avoidance of unnecessary body contact, observing hygienic behaviours like washing of hands, using of sanitizers and covering of nose and mouths with correct mask.

Expressing the delight that the state has taken delivery of Moderna vaccine from the Federal Government, the NGO expressed confidence in the governor that he would do justice to the distribution, and therefore urged the residents to make themselves available for the jabs in the best interest of all and sundry.