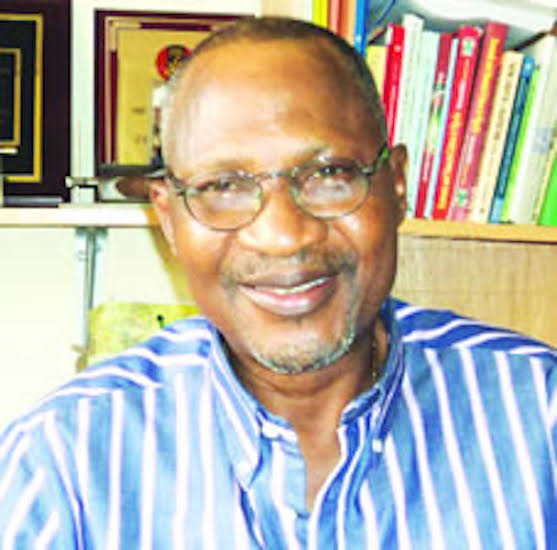 A member of the Presidential Advisory Committee Against Corruption, PACAC, headed by Prof Itsey Sagay, a professor of law, Prof Femi Odekunle, is dead.

According to reports, Odekunle died at the COVID-19 isolation center in Gwagalada, Abuja, on Tuesday evening.

At the briefing of the Presidential Task Force on COVID-19, it’s Chairman and Secretary to the Government of the Federation, Boss Mustapha, had said, “A good friend of this government just passed on at 6:30pm.”

It was however, unclear if Mustapha was referring to Odekunle or another person, but he said discussions were ongoing to help the deceased hours before the news of his death broke.

Nigeria is currently experiencing the second wave of the COVID-19 pandemic.

Mustapha had earlier said that within one week since Nigeria entered the second wave of infections, 16 out of every 100 tests returned positive.

In the past two weeks, the daily count of COVID-19 cases recorded a significant rise – increasing to more than 1,000 cases within a 24-hour period.

Odekunle had made the headlines in July, when he kicked against the arrest of former acting chairman of the Economic and Financial Crimes Commission, EFCC, Ibrahim Magu.

He had described Magu’s ordeal as a power play by blocs in the corridor of power.

Odekunle had alleged that the Minister of Justice and Attorney-General of the Federation, Abubakar Malami, was the arrowhead of the bloc that is not really interested in President Muhammadu Buhari’s anti-corruption fight.

Prof Odekunle was also one of those arrested and tortured by goons of the infamous Sani Abacha administration over allegations of involvement in a coup plot.

Acknowledged as the first professor of Criminology in Nigeria, Odekunle lectured in different universities.