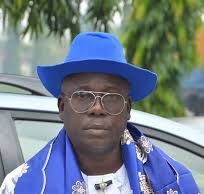 The lawmaker, Hon Success Torhukerhijo, who was expelled by the All Progressives Congress, APC, for not signing the impeachment notice against the Deputy Governor, Hon Agboola Ajayi, sought the protection of the court from being suspended from his legislative duties.

The Assembly had suspended four lawmakers, including the Deputy Speaker; Hon Ogundeji Iroju, the only woman; Favour Tomomowo and the only Zenith Labour Party, ZLP, member in the House, Hon Tomide Akinribido, and Wale Williams over their refusal to sign impeachment notice against the Deputy Governor.

Following the suspension of Hon. Akinribido representing Ondo West state constituency under ZLP, a committee was set up to investigate Hon Torhukerhijo over his purported foul language in a media chat and report back to the House so as to carry out their premeditated agenda.

Fearing that he may be suspended like his other pro-Ajayi lawmakers, Torhukerhijo sought the protection of the court from being suspended.

An ex-parte order granted by Justice Ademola Bola consequently restrained the house of Assembly, the Speaker, their officers, agents and servants from suspending the lawmaker representing Ese-Odo as a member of the House.

The order was also served with a motion on notice as well as an originating summons.

After listening to the plaintiff’s counsel, Mr. Dipo Torhukerhijo, Justice Bola, in the order granted the court restrained the defendants/respondents, their officers, servants and agents from suspending the  claimant or by any means, howsoever called, prevent the applicant from performing his constitutional duties or any legislative function as a member of the Ondo State House of Assembly, pending the hearing and determination of the motion on notice in this suit.

Also, the court restrained the defendants/respondents, their officers, agents and servants from stopping the benefits or other entitlements of the claimant as an elected member of the House of Assembly pending the determination of the motion on notice.