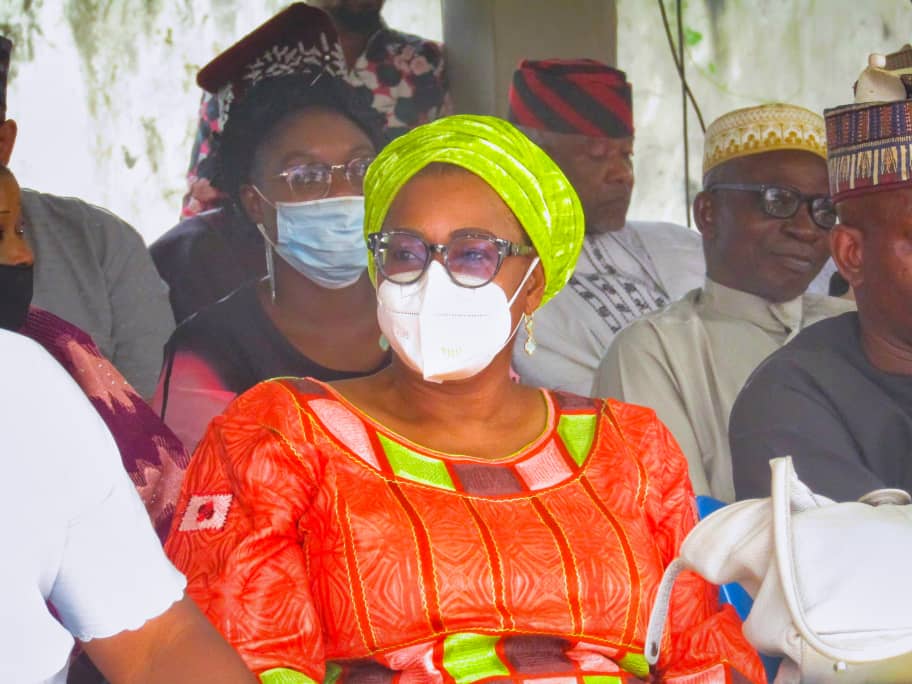 Constituents from Oluyole federal constituency on Monday stormed the Oyo State secretariat of the All Progressives Congress, APC, to express appreciation to the party for making the constituency’s primary election free and fair.

They equally noted that they came to the party headquarters to commend the party for giving them a voice by returning Hon Tolu Akande-Sadipe, who emerged as the APC flag bearer for Oluyole federal constituency for the 2023 election.

The constituents announced that they equally came to drum support for Hon Akande-Sadipe’s 2023 ambition.

The community groups, prior to the primaries had unanimously submitted an endorsement letter, signed by Alhaji Dauda Adebisi, on behalf of the community leaders and General Chairman from the ten wards in Oluyole federal constituency addressed to the National Chairman of the APC, National Secretariat, Abuja, extolling her contributions as the member representing the constituency.

In the letter, which was made available to newsmen at Oke Ado, the Oluyole federal consiturency representative, l Akande-Sadipe got a unanimous endorsement from her constituents, drawn from the 10 wards making up her federal constituency, who vowed to vote for her enmasse as the general elections draw near.

The letter, titled: “Letter of Appreciation to APC on Hon. Tolulope Akande-Sadipe as Oluyole Federal Honourable and Request for her Second Term in office in 2023” highlighted her achievements as a representative of the federal constituency in Abuja.

Presenting her scorecard, the concerned citizens of the federal constituency and community leaders applauded some developmental projects the female lawmaker had embarked on in the last three years, which they claimed amused them.

The letter reads in part, “When APC gave Honourable Akande-Sadipe the opportunity to serve as honourable in Oluyole federal constituency in 2019, nobody believed that a woman can perform at all, not to talk of bringing rapid development to 10 wards in her constituency.”

The leaders appreciated her contribution to the development of Oluyole, such as provision of 23 transformers, which she financed their installation and light-up; provision of 11 classrooms with furniture; provision of 21 solar bore-hole and provision of 100 solar street lights.

The community leaders added that over 5,000 community members have enjoyed from her empowerment programme.

The letter added, “She has even promised that if given the opportunity to serve for second term, she would do more, and we believe every word that comes out of her mouth.”

They promised to vote for the House of Representatives’ member, in the 2023 general elections, vowing that 90 per cent of votes from Oluyole federal constituency would be cast for her.

The letter, which was equally signed by representatives of the ten wards in Oluyole federal constituency, continued, “We also want to reiterate that all of us in these 10 wards appreciate this gesture because it has never happened in Oluyole and we want to further appreciate more in 2023.”