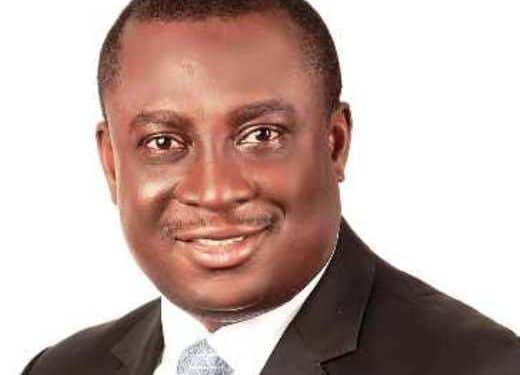 The people of Eniong Abatim community in Odukpani Local Government Area of Cross River State has called on a UCTH group operating in the hospital under the aegis of ‘Concerned Group’ not to distract the chief medical director of the hospital, Prof. Ikpeme Ikpeme, from losing focus in the discharging his duty, but allow him do his job.

A press statement signed by the chairman of the community, Elder (Dr) David Okon, and made available to our correspondent in Calabar, yesterday wondered why some faceless individuals, parading themselves as ‘Concerned Staff’ would go about fomenting trouble just to make Prof. Ikpeme lose focus.

Elder Okon said, “Some faceless paid agents parading themselves as ‘Concerned Staff’ of the health establishment, had published a report in the media aimed at bringing the character, person and the official position of Prof Ikpeme into disrepute.”

Warning the group to allow Prof Ikpeme focus on the good works he is doing to reposition the University of Calabar Teaching Hospital, which is out to offer medical attention to all, the community chastised the ‘Concerned Citizens’ for publishing a report in the media aimed at tarnishing the image and reputation of the professor, the community added,

“This despondent and obnoxious act by those who want the hospital to be returned to its ugly past is unacceptable by any right thinking and progressively minded persons.”

They further described the said publication as “a calculated attempt to rubbish or paint an Eniong son black.”

While denying the allegation of ethnic cleansing leveled against the CMD, the statement noted that “it is a verifiable fact that out of 32 Heads of Departments and Units appointed directly by the hospital, only 12 are Efik. Out of the 12 who are from Efik, only two are from Odukpani, the local government area of Prof Ikpeme (and non from Eniong, where he hails from). Why are they blowing alarm where there’s no issue to warrant that?”

The community averred that the CMD was “managing frugally to pay the hospital contractors at agreed installments backlog of debts totaling N1.7 billion which he inherited from past administrations, some of which dated back to 2011.”

The people stated that Prof Ikpeme was giving UCTH a new lease of life in line with his promises, and therefore challenged Ikpeme’s detractors to visit the hospital to see things for themselves.

They said, “A visit to this hospital will show a Teaching Hospital with a new lease of life that is environmentally very friendly, with a revamp of the following facilities, equipment and departments: Labour Ward Theatre; Ultrasound Scan scanner; Ultrasound scan patients’ waiting area; Xray and CT scan patients’ waiting area; Xray Suite with Direct Xray machine and CT Scan suite with 32 slice CT scanner.

Others include the provision of electricity in most of the areas which hitherto did not have electricity.

Sanwo-Olu Marks One Year In Office With Commissioning Of Projects

Why Ayade, Agara’s Friendship Shouldn’t Be Toyed With