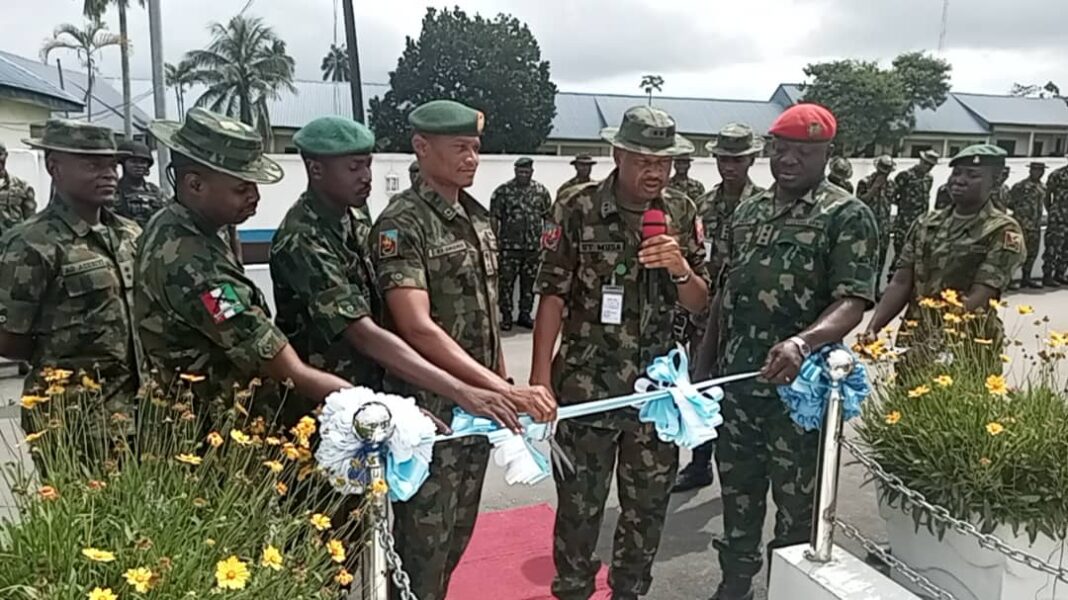 The Chief of Army Staff, CoAS, Lt. Gen. Farouk Yahaha, has commissioned capital projects worth millions of naira to add value to the headquarters, 13 Brigade, Nigerian Army, Akim Barracks, Calabar, for the well being of officers and men of the brigade. 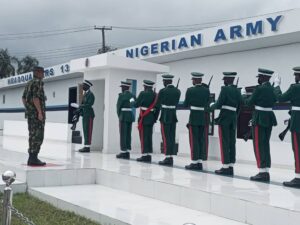 The CoAS was represented by the General Officer Commanding, GOC, 82 Division, Nigerian Army, Major General UT Musa, who said, “May I, on behalf of Chief of Army Staff, Lt. Gen. Farouk Yahaha, commission the Regimental Sergeant Major, RSM, House. Similar ones have been built in all the army formations across the country.

“It is the wish of the army that all RSMs have a comfortable accomdation to increase their productivity.”

Assuring Nigerians of the military’s readiness to keep the territorial integrity of the nation safe, the GOC stressed that the peace and security of the nation is sacrosanct and a priority to the army, promising to flush out all criminals perpetrating banditry, kidnapping and other criminal activities inimical to the nation’s development.

On the security and peace of the people of Cross River State, the CoAS said that the reason why the Ambazonea rebels of the Cameroon Republic had not encroach into Nigeria’s territory is due to the fact that the army stationed it’s men all over along the road leading to the boarder town that is close to neighboring Cameroon. 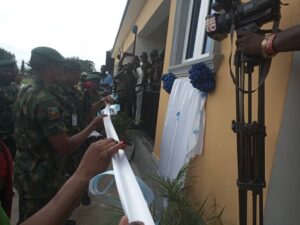 He said, “We have about four to five units that keep abreast with useful information. We ensure that Nigeria citizens living within our territory are safe.

“We will ensure that there is peace and security in the country which is our primary mandate.”

In his earlier remarks, the Commander, 13 Brigade, Nigerian Army, Major-Gen. Evarest I. Okoro, stressed that the projects were supervised with specific standards, according to international best practices.

Projects undergoing renovation under the leadership of Maj. Gen. Okoro, at the 13 Brigade Headquarters, Nigerian Army, Akim Barracks, Calabar, include: a multi-million naira clinic, office block and a mosque.