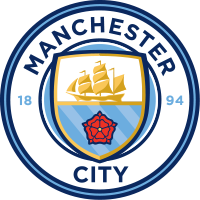 The CAS decision will have far-reaching consequences for European football, as the governing body, UEFA, suffered a historic defeat, which could irreparably damage its flagship Financial Fair Play, FFP, regulations.

Man City will however pay a fine of €10 million (£11.4 million) – down from an initial €30 million – for failing to co-operate with UEFA’s investigation, but crucially, CAS judged that Man City “did not disguise equity funding as sponsorship contributions” and that the alleged breaches of FFP rules were “either not established or time-barred”.

City had denied any wrongdoing throughout the process and insisted that they would be vindicated by CAS.

In a statement, the club said, “Whilst Manchester City and its legal advisors are yet to review the full ruling by the Court of Arbitration for Sport, CAS, the club welcomes the implications of today’s ruling as a validation of the club’s position and the body of evidence that it was able to present. The club wishes to thank the panel members for their diligence and the due process that they administered.”

UEFA, acknowledging the CAS verdict in an official statement said, “UEFA takes note of the decision taken by the Court of Arbitration for Sport to reduce the sanction imposed on Manchester City FC by UEFA’s independent Club Financial Control Body for alleged breaches of the UEFA Club Licensing and Financial Fair Play regulations,” it read.

“UEFA notes that the CAS panel found that there was insufficient conclusive evidence to uphold all of the CFCB’s conclusions in this specific case and that many of the alleged breaches were time-barred due to the five-year time period foreseen in the UEFA regulations.

“Over the last few years, Financial Fair Play has played a significant role in protecting clubs and helping them become financially sustainable and UEFA and ECA remain committed to its principles. UEFA will be making no further comments on the matter.”

The CAS decision clears Man City to play in next season’s Champions League and allays fears of an exodus from the Etihad. The futures of key players like Kevin De Bruyne and Raheem Sterling, as well as manager, Pep Guardiola, had all previously come into question.

A two-year ban from Europe’s top club competition would have seriously undermined one of the most ambitious projects in world football. The Champions League is the only major trophy City are yet to win, following their 2008 Abu Dhabi-led takeover.

City were initially handed a two-year ban from European competition and €30 million (£34.2 million) fine in February, after being found guilty of “serious breaches” of club licensing and FFP regulations.

UEFA’s club financial control body ruled that City had broken the rules by “overstating its sponsorship revenue in its accounts and in the break-even information submitted to UEFA between 2012 and 2016;” and failing to co-operate with its subsequent investigation.

City denied any wrongdoing, dismissing UEFA’s investigation as “flawed” and “prejudicial”, and immediately announced their intention to appeal to CAS. Their appeal hearing was heard over three days last month.