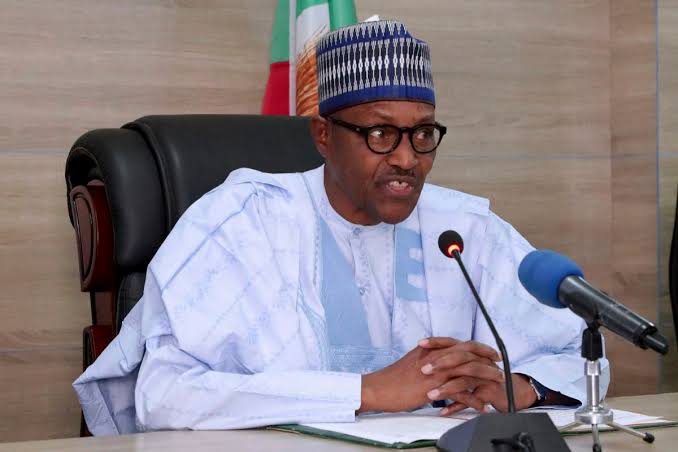 Subhanallah, alhamdulillah, astaghfirullah, la ilaha illa Allah! This is my most favourite Islamic chant. I love its rhythm, rhyme and reason. It means, “God is perfect, praise be to Allah, I seek forgiveness from Allah, there’s no other god, except Allah!”

Of the 12 Islamic months in the Hijri calendar, Ramadan, the ninth month, is the holiest. It’s the month when Muslims worldwide embark on 30-day fasting period. It’s the month when Allah, the most Benevolent, the Most merciful, rains down mercy from high above on mankind.

For the religious, Ramadan is the month when lips break in dry cracks and stony face grimaces in hungry piety.

For the spiritual, Ramadan goes beyond sunset and sunrise. Its essence is neither in the early morning ‘sehri’ meal nor the breaking of fast in the evening at ‘iftar’. Ramadan is a spiritual journey in obedience to Allah’s laws.

For his advanced age and health, Nigeria’s President, General Muhammadu Buhari (retd.), is excused by the Holy Quran from participating in the act of worship which Ramadan fasting symbolises.

Apart from the aged and the sick, however, travellers, pregnant, breastfeeding and menstruating women, and those unable to understand the purpose of Ramadan fasting, are also exempted.

For me, the intriguing thing in the uniqueness of Ramadan is the decline in crime rate during the month, presupposing that the coinage, ‘there’s honour among thieves’, is true among criminals.

But if criminals remember Ramadan and keep it holy, it’s not out of place to assume that the Minister of Information and Culture, Alhaji Lai Mohammed, a leader and devout Muslim, who has gone on hajj and umrah a jillion times, will put the lid on his barrel of lies, in respect of Ramadan.

With a big lie, Alhaji Mohammed woke up the sleepy lying dog on the third day of Ramadan, when he said Nigerians’ harsh criticism of the Buhari administration was responsible for the citing of Twitter headquarters in next-door Ghana.

Were he alive, the funniest Yoruba stand-up comedian ever, Gbenga Adeboye, would’ve shouted, “Oluwa mi, eyi o wa poju!?” at Lai’s lie, meaning, “My lord, is this lie not too much!?”

Alhaji Mohammed’s lie is the falling tree in the forest that kills the family head sleeping in bed at home. It’s the windstorm that spills the water inside the coconut.

It’s the holy month of Ramadan, I’ll not lie to President Buhari. I’ll tell him the truth and hope that like the true Muslim he is, he would consider my truths.

In fact, Alhaji Mohammed, Dokita Ngige and Aunty Onochie aren’t your friends, they’re your frenemies. But I shall come to that later.

Your Excellency, the heart of man is continuously evil, says the scriptures. I’m not omniscient, and, therefore, cannot claim to know what’s going on in your heart, Mr President.

But going by the speeches issuing from the abundance of your heart, Your Excellency, it’s easy to tell that something is wrong between the mind and body, between the heart and soul.

Sir, on your arrival from London three days ago, you granted a quickie interview. I trust your aides would’ve tipped you off on the playground questions you were asked, yet you made a mess of the interview, again.

Sir, the latest interview exposed the doubts about your health, just like your 2019 shocking public display at a rally in Delta State when you gave the All Progressives Congress flag to the wrong person, instead of the governorship candidate, and said, “I am handing over this flag of honour to our presidential candidate,” forgetting you’re the President.

Mr President, when you were corrected on the podium by a party chieftain, who loudly said ‘gubernatorial’ to you, you probably were lost in the island of incomprehensibility as you thundered ‘senatorial candidate’ into the microphone!

The party chieftain, who didn’t show his embarrassment, again, corrected you by saying ‘gubernatorial’, and you killed all doubts when you said ‘governotorial candidate’. Your Excellency, is ‘governotorial’ a new Fulani word?

General Buhari, that wasn’t the first or the second or the third or fourth time when your worrisome answers to questions during interviews have left tongues wagging about the state of your health, prompting patriotic calls on you to step aside while your healthy deputy takes over the Nigerian ship drifting to the precipice. But you never listened, because you would rather cling on to power with your last breath even if the country rolls off the world map.

Mr President, in the spirit of Ramadan, I won’t recall other instances of your disturbing public utterances that show the divorce between you and reality. I’ll limit myself to the interview you granted at the airport upon arrival from your medical tourism in London.

The interviewer asked three patronising questions. First off, he said, “After your well deserved rest in London, what would Nigerians expect from your administration, going forward?

I ask, “Continuity of what?” Insecurity, hopelessness, poverty, starvation, joblessness and grief? You blew the chance to highlight the policies of your administration in that empty response. Well, your response was the best your ability could carry, I understand.

The interviewer asked his second question: “While in London, you appointed a new Inspector General of Police, what do you expect from him?”

Buhari: Well, we went through the system, there was a committee by the Minister of Police Affairs, and they gave me some names, and he happens to be the ones (sic) chosen. And he knows his job, he has been in it for a long time, he went to all the training (sic), he has the necessary experience, so we have high expectation from him.

Alhaji Buhari, if neither your family nor your aides have the guts to tell you that you’re too far gone, I will – in the spirit of Ramadan that forbids lying and pretension.

Your Excellency, your answer to the question was a tale full of sound and incoherence, signifying nothing because your answer, yet again, missed the question.

The interviewer asked his third question, “What about the performance of the new service chiefs, Your Excellency?

I just imagine President Joe Biden, who is older than you, being asked such a question and you would hear an insight into the country’s war against insecurity and the achievements of each service chief, so far.

Back to Alhaji Lai and Twitter, and Dokita Ngige and aunty Onochie.

Alhaji Lai’s delusion is lineal and probably worse than Buhari’s if he (Lai) cannot see the reasons why Twitter chose Ghana over Nigeria in the loss of no fewer than 20 Nigerian lives to insecurity daily and Buhari administration’s intolerance to free speech.

Is Nigerians’ criticism of Buhari to blame for the kidnap of Ekiti monarch three days ago or the public renouncement of the Minister of Communications and Digital Economy, Isa Pantami, of religious extremism?

Before his appointment, security checks must’ve revealed Pantami as a religious extremist, but Buhari chose to keep him for curious reasons.

Both Ngige and Onochie defended Buhari’s spending Nigeria’s taxpayers’ money on medical treatment in London for more than 40 years now. They argued that Buhari has the right to seek a second opinion on his health.

But both torn loudspeakers failed to point out that the Constitution didn’t specify that the ‘second opinion’ must be done abroad.

It’s a shame that Ngige and Onochie couldn’t see the shame in Mr Integrity scurrying abroad at the drop of hat when Nigerian hospitals, for which billions are budgeted yearly, remain comatose.

•Odesola write from the United States of America, and can be reached via: Email: tundeodes2003@yahoo.com; Facebook: @tunde odesola; Twitter: @tunde_odesola