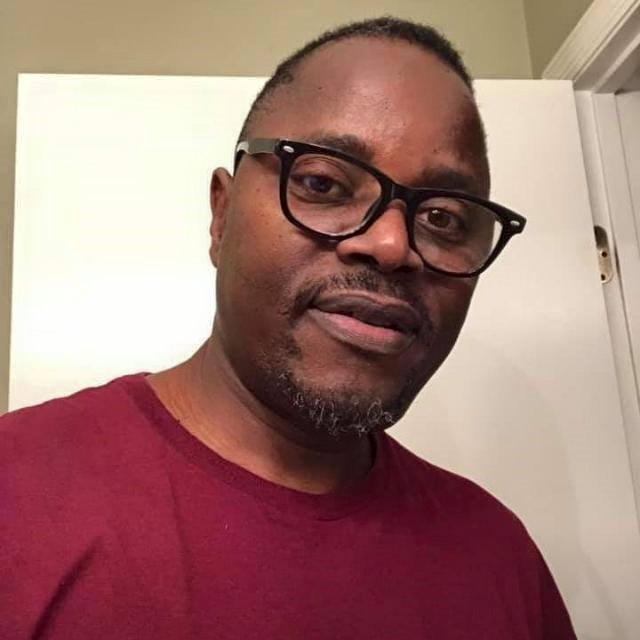 Once upon a time, when honour resided among men, there lived a renowned guard in Apomu. This was long before 1821, when Apomu had the biggest market in Yoruba land. Traders of the market transcended modern-day Edo, Delta, Kwara and Kogi states. It was in this market that the first civil war in Yoruba land occurred between 1821 and 1828.

The smoldering tinders of intra ethnic suspicion and dominance escalated into flames of war, when an Owu woman quarreled with an Ijebu woman in the market. Supporting the Owu woman, the Oyo empire led forces in Modakeke, Apomu, Egba communities etc against Ile-Ife, whose support was for the Ijebu woman.

So, the military and political capital of the Yoruba race, Oyo, went to war with the spiritual headship of the race, Ile-Ife, which had the support of Ijesa and Ekiti forces.

But long before the war ended, in Apomu market, there was a diligent guard that was part of the forces that checked banditry at Apomu borders. Though banditry didn’t start with the General Muhammadu Buhari regime, his government has failed woefully to stop it.

One day, the diligent Apomu guard was forced to choose between a rock and a hard place, when he found out that his destined Ifa fortune had been stolen and his wife had been snatched. As he anxiously rushed inside his house to grab his Ifa oracle and find out why life was taking a cruel turn, a dog snapped up his oracle, he ran after the dog, shouting, ‘help, help,’ but the dog fell into a well. Confused, he ran back to his house and found it on fire! Alas, the proverb, “Iloya, onibode Apomu, a ko o n’Ifa, a gba lobinrin, opele ti k’o ba wo’le mu, aja gbe e, ‘e ba mi mu, e ba mi mu’, aja ko si konga, ile ti k’o ba wo, ile jo’na,” was born.

Sadly, the greatest footballer in the last 20 years, Lionel Andres Messi, like the nameless Apomu guard, is at a crossroads today. For the six-time World Footballer of the Year, the future hangs precariously low like the branches of an orange tree within the reach of thirsty passersby.

After futilely warning FC Barcelona for three consecutive seasons on the need to bolster the team with quality, Messi, last week, told the club of his life that he wanted out, following an 8-2 crushing by the ruthless German football machine called Bayern Munich, last month in a UEFA Champions League quarterfinal match, played in Lisbon, Portugal.

But Barca turned down the request of the highest-earning footballer in the world seeking to leave on a free transfer, insisting that the football god must pay an ‘impossible’ $835 million release clause in his contract.

In a telephone discussion over the weekend, one of Nigeria’s finest sports pundits, administrators and broadcasters, Eseoghene Edafe, aka Elegbete I, described Messi as a freak of nature, who defied physical attributes to forge Barcelona FC from a single UEFA Champions League-title-winning club into one of the strongest forces in global club football amid a rain of titles.

Before Messi’s ascension to football glory, Barca wasn’t a threat, Elegbete said, adding that Barca became a threat to every club when Messi mounted the throne.

Elegbete said, “If Messi goes to court, he’ll win on the strength of the force majeure (unforeseen circumstances) occasioned by the coronavirus pandemic that extended the season from ending in June to August. Even there were cases that should be called in courts, but were not called due to the virus. If it was Ronaldo, Neymar or Ibrahimović, they’ll go to court.

“But Messi doesn’t want to be the saviour of Barca and the serpent that stung it. This is why he has agreed to stay and not drag them to court. Sadly, the rebuilding of a team can take eternity. Liverpool built for 30 years; AC Milan have been building for many years now.

“FCB is being run by terrible administrators, who believe that once they have Messi, victory is assured. And Messi has repeatedly urged them to strengthen the team, but they refused. Messi is an honorable man of peace and integrity who doesn’t want to destroy his legacy.”

After the stand-off between Messi and FCB, Messi gave Barca President, Josep Bartlomeu, the length of his tongue, saying, “The management of the club led by Bartlomeu is a disaster. The truth is that there’s no project at this club. They just plug holes as and when things happen. I would never go for a war against the club of my life. That’s why I’m staying.

“I spent the whole year telling the President I wanted to go. He told me all the time, ‘we’ll talk, but not now because of this or that’. I wanted to go and I was totally within my rights because the contract said I could leave for free.”

Similarly, Nigerians have continued to languish under the yoke of General Buhari’s divisive, insensitive and retrogressive actions such as the obnoxious National Waterways Bill, electricity tariff hike, when power supply remains epileptic, fuel price hike, spending N89 billion on two unproductive refineries in 13 months, overlooking corruption allegations involving the members of his All Progressives Congress, APC, among others.

After failing to push the contentious land-grabbing RUGA policy through for Fulani herdsmen to access free grazing lands in the South, the Buhari administration has again sponsored the devious waterway bill that will take control of water resources from state governments and reside it in the Federal Government.

If the bill sponsored by the executive is passed, there shall be no private ownership of water, making “all surface water and groundwater wherever it occurs, a resource common to all people, the use of which is subject to statutory control.”

The tenacity with which the Buhari administration pushed for grazing lands to be given freely to Fulani herdsmen in the South clearly suggests that the water bill is an improved version of RUGA.

Like President Bartomeu of Barcelona, President Buhari has wasted N89 billion on two unproductive refineries in 13 months, even as his regime has obtained a $1 billion fund for the Nigerian national petroleum Corporation, NNPC, upstream operations.

With the selective way the APC-led Federal Government is handling corruption cases nationwide, nothing suggests that loans obtained by the government would be judiciously utilised.

Despite the alarming scandals that broke out during the House of Representatives’ public hearing on the corruption in the Niger Delta Development Commission, the Economic and Financial Crimes Commission, EFCC, has refused to investigate the revelations.

Despite the endless list of corruption allegations levelled against Lagos State House of Assembly Speaker, Mudashiru Obasa, the EFCC has continued to turn a deaf ear to the clamour by the citizenry for an Obasa probe.

Presidential spokesman, Femi Adesina, highlighted the huge joke the Buhari regime has become when he said last Thursday that only Buhari can look Obasanjo in the eye and survive it.

Sir, Nigerians don’t need General Buhari to look General Obasanjo in the eye because there’s nothing special to look in Obasanjo’s eyes, except his fine tribal marks. And I can’t remember the APC listing ‘Looking Obasanjo in the eye’ on Buhari’s manifesto.

*Odesola writes from the United States, and can be reached at: tundeodes2003@yahoo.com