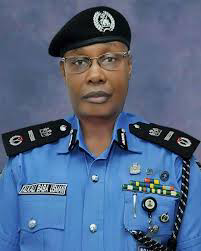 Minister of Police Affairs, Muhammed Dingyadi, communicated the President’s directive to State House correspondents at the Presidential Villa on Tuesday.

Accordingly, Baba is to replace Mohammed Adamu with immediate effect.

Baba was, until his appointment as acting IGP, the Deputy Inspector-General of Police, DIG, Force Criminal Investigations Department, Force Headquarters.

Buhari had on February 4 extended the tenure of Adamu as the IGP for three months.

Adamu had clocked the mandatory 35 years in service on February 1 and was expected to have been replaced by the President.

Maxwell Opara, had taken the IGP to court, contending that by virtue of Section 215 of the Nigerian constitution and Section 7 of the Nigeria Police Act, 2020, he cannot continue to function as the IGP, having retired as a serving member of the force.

Adamu, in his defence, had told the Federal High Court that the new Nigeria Police Act gave him a four-year tenure, which would only lapse in either 2023 or 2024.

Also supporting Adamu’s position, President Buhari and Minister of Justice and Attorney-General of the Federation, AGF, Abubakar Malami, had said the law permits the IGP to remain in office.