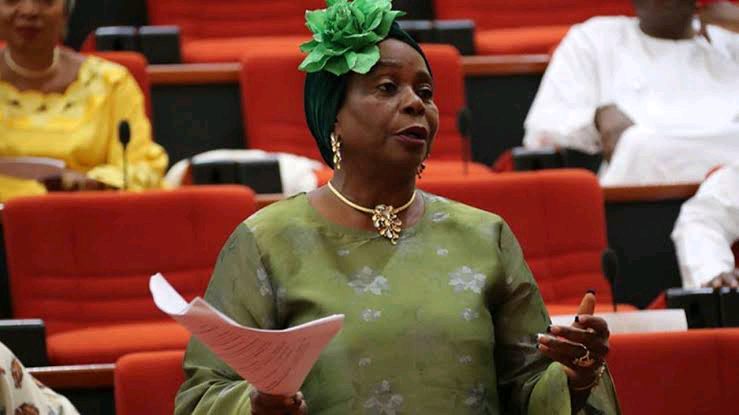 The senator representing Ekiti South senatorial district in the upper chamber of the National Assembly, Senator Biodun Olujimi, has withdrawn from the ongoing primary election of the Peoples Democratic Paty, PDP, to pick its flag-bearer in the June 18 gubernatorial election in Ekiti State.

Senator Olujimi, one of the key aspirants vying for the PDP ticket attributed gender bias and an unfair resolution of matters arising from a lingering controversial congress of the party, as reasons behind her withdrawal from the race.

She averred that the list to be used for the primary puts her at a disadvantage, as her local government is left with only 12 delegates, as decided by the party leadership.

Palpable tension has been rife in the state over the governorship primaries of both the PDP, and the All Progressives Congress, APC, slated for Wednesday and Thursday respectively.

Recall that a horse of armed thugs were intercepted by officers and men of the Nigerina Army in the early hours of today at Itawure/Efon-Alaaye, ostensibly coming from Ibadan and heading to Ado-Ekiti, ahead of today’s primary election.

The PDP primary scheduled for Wednesday is ongoing with eight aspirants left to slug ig out for the sole PDP ticket.