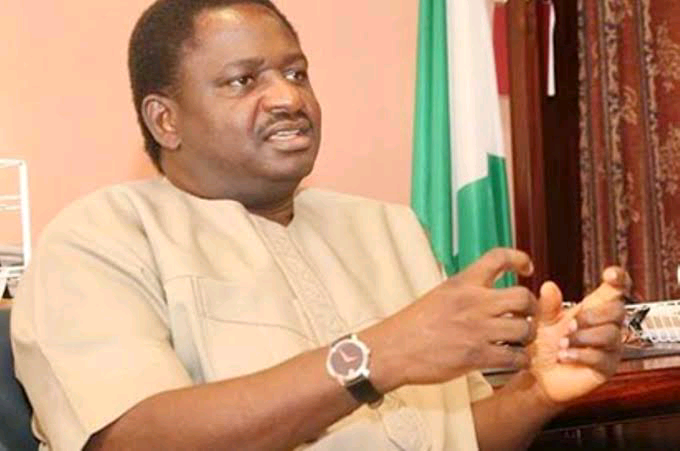 Kings don’t die. They depart to ancestral underworld in vaults, known to the Yoruba as ‘aja ile.’ The mountainous confetti of praise heaped in the trail of the departed Alaafin of Oyo, His Imperial Majesty, Oba Lamidi Adeyemi III, is bigger than the entire Oyo kingdom, because Iku Baba Yeye was larger than life itself.

What’s Iku Baba Yeye? The appellation didn’t issue from tongues twisted by palm wine at the market square. It was forged in the furnace of the first black physicist – Sango Olukoso, the husband of Oya, – who mastered and deployed the science of lightning and thunder in warfare.

Iku Baba Yeye, according to the retired and respectable octogenarian Methodist Bishop, Ayo Ladigbolu, is a panegyric for Sango in Ifa literary corpus, called Odu Ifa.

Ladigbolu said, “The appellation came out of Odu Ifa. It is used when praising Sango, because Sango is the only god, going by Odu Ifa, that can kill and wake, and Alaafin was the son of Sango. This is why no other king is called Iku Baba Yeye.”

After listening to my probing journalistic questions on the phone, Oba Sijuwade, Olubuse II, would say in Yoruba, “My son, the king doesn’t play politics, the king administers the land. When are you coming to drink champagne in the palace?”

For most of their reigns, the Ife lion refused to be the treasurer to the Oyo tiger, hence both went on their separate hunts, reinforcing the Yoruba proverb, ‘Kàkà kí kìnìún se akápò ẹkùn, oníkálukú á se ọdẹ tirẹ̀ lọ́tọ̀ọ̀tọ̀…’

After reigning for almost 35 and 52 years respectively, the Ooni and the Alaafin descended into separate ancestral underground vaults. But quite unlike their forebears, neither of the bickering first-class monarchs was buried with an ‘Abobaku’ as was the practice aeons ago.

In Wole Soyinka’s ‘Death and the King’s Horseman,’ the ‘Elesin,’ who is the Abobaku, tries frantically to escape sojourning with the departed king to the underworld honourably, but he dies a dishonourable death after committing suicide, upon learning that his son, Olunde, who trained abroad as a medical doctor, had offered himself, and was buried with the bygone king, so that the shame of his father’s refusal could be washed away from the family’s lineage.

After the white man stepped foot on our land, the wheel of modernity gradually catches up with the past, and the Abobaku loses his primitive role in society, shedding the toga of his deathly fate to wear government epaulets such as Chief of Staff, Senior Special Adviser, Senior Special Assistant, etc.

Among greed, arrogance, realism and idealism, what feeds the inspiration and serves as impetus to the Abobaku is indiscernible to the untrained mind.

Each time I listen to Mr Femi Adesina, the Special Adviser, Media and Publicity, to General Muhammadu Buhari (retd.), I quiver and wonder what on earth could transform a dove into a tortoise.

For me, if there are extraterrestrial powers of darkness in Aso Rock that befuddle a good man’s reasoning and make him go bad overnight, such powers are called avarice, hypocrisy, insensitivity and psychosis.

I was dazed by Oga Adesina’s dove-like humility in Ile-Ife over 10 years ago, when I was guest at his relative’s wedding. On the occasion, Adesina didn’t only serve us personally, he also insisted on packing the plates used in serving my colleagues and I – a move which we resisted – and jointly packed the plates with him. Then, Adesina was the Editor-in-Chief, The SUN newspaper; while I was merely the Osun State correspondent of PUNCH.

The second time I met the Ipetumodu-born Adesina was in Lagos, on July 4 of either 2013 or 2014 at a workshop in the US Embassy to commemorate America’s independence celebration. His humility, humour and depth reflected at the interactive workshop. By this time, I had been transferred to Lagos and made News and Politics editor of PUNCH.

Adesina, who appeared on Channels Television programme, Politics Today, attempted to make the criminal pardon appear as a joint decision taken by Buhari, his deputy, Yemi Osinbajo, former Heads of State, former Presidents, former Chief Justices of the Federation, and former governors, but the programme’s anchor, Seun Okinbaloye, was smart enough to suffocate his cunning argument.

I shook my head sadly while I watched Adesina sitting before the camera, rolling his head right and left as puerile sophistry cascaded from his mouth, and I wondered if this was the same great man, whose pen incised truth into the conscience of yesterday’s men of power.

Speaking as if he was on oath, Adesina solemnly said, “I have not seen how that pardon vitiates the war on corruption in anyway,” and to distract Okinbaloye, who said a prominent lawyer had faulted the pardon, Adesina added that, “I know that lawyer, he’s a permanent critic, he criticises everything, nothing is ever done right by his standards,” but Okinbaloye held the argument by the jugular. And I wondered if it was against the Constitution to hold views different from those of All Progressives Congress crooks, sorry, I mean cooks, stirring the nation’s broth.

When Channels showed a table confirming that almost three thousand lives had been lost nationwide to insecurity between January and March, Adesina insisted that what was sauce for the goose should not be sauce for the gander, urging Nigerians not to compare the Buhari regime with past governments, saying, “We shouldn’t be comparing deaths.” I ask, didn’t the APC compare lives lost during the Goodluck Jonathan days with those of war-torn countries? Though, Adesina knows the truth, it hasn’t set him free.

To rub salt into the wound, Adesina added, “It’s not all those figures, and in all those regions that you have either insurgence or banditry operating, there are even some self-inflicted ones in some of those places where the killings are done by the people, the natives against the natives. So, would you then say it’s completely the fault of the President? The government is fighting it (insecurity).” Alagba Adesina, you’re right, it’s not the fault of the President that people kill one another and government cannot do anything about it; it’s the fault of the three statues at Julius Berger, Lagos.

For a President who, three weeks ago, signed the extension of teachers’ retirement age from 60 to 65, to pardon 64-year-old Dariye and 66-year-old Nyame on account of old age, is fraudulent. That Nigeria’s correctional facilities cannot take care of common ailments such as hypertension and diabetics is an indication that nothing ever grows in the hands of the Buhari-Osinbajo regime. Corruption has not killed Nigeria, Buhari has.