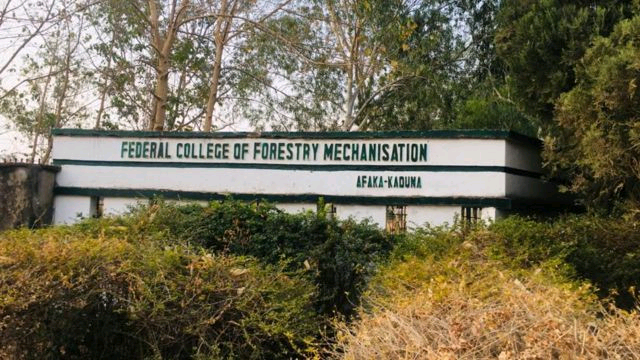 Suspected gunmen have kidnapped some female students of the Federal College of Forestry, in Kaduna. They allegedly stormed the school about 3 a.m. on Friday.

He revealed that the attackers invaded the college, located at Mando area, not far from the Nigerian Defence Academy, NDA.

Although, Jalige could not confirm the exact number of students abducted, he said that security operatives were mobilised to the college upon hearing about the attack. He added that the security men were able to secure the remaining students.

Recall that bandits operating in the North West part of Nigeria have turned schools into their playground, kidnapping hapless students. The last mass kidnapping of students was in Jangebe, Zamfara State, where an estimated 275 schoolgirls were abducted. They were released few days after some negotiation, with government flatly denying that any ransom was paid.

President Buhari had after the Jangebe abduction vowed that the Zamfara abduction would be the last under his watch.