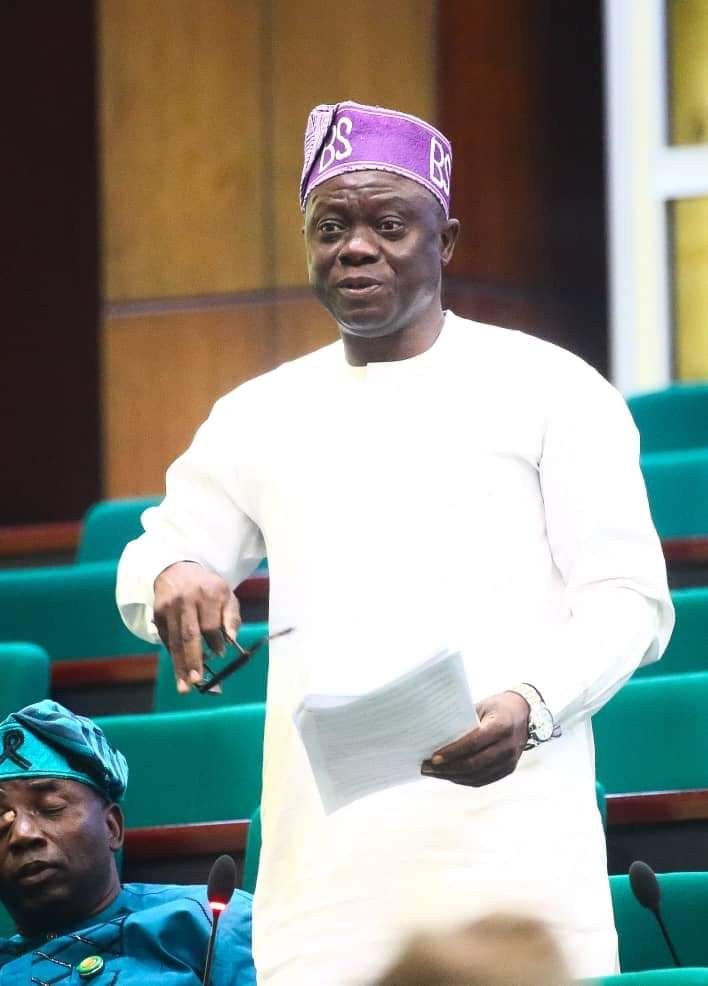 One of the disadvantages of democracy is the fact that it gives access to every Dick, Tom and Harry to partake in the affairs of men, and if smart enough becomes a representative of the people!

Democracy can be likened to a ‘Molue,’ that notorious Lagos mass conveying vehicle that welcomes both thieves, rouges, decent, rough, rugged, lazy and serious-minded people, as far as you can pay and board.

Even sophisticated democracy and representative government do not hanker after genuine competence, but majorly on the popular approval and support of the masses via the ballot box and a simple majority vote to win.

The type of democracy we embrace in Nigeria, if played holistically, would have thrown up our best of best and planted them squarely where they will be useful to all and serve the people, but alas, we have injected into the process, encumbrances where the best of our best always find it hard to contest and even if they contest, may be denied of victory.

Thus our representative chambers are filled majorly by those who should ordinarily not have gained access to five kilometre radius of the chambers, not to talk of having seats and making the impression of making laws for the people.

It is shameful and regrettable. But what can we do since the problem is systemic and generational? It is only by a hair-breadth that the few who are conscientious and who are driven by the passion to truly represent the people fought their way there.

One sad reality is that some of those honourable members, who have raised the hope of people when campaigning for votes, who promised heaven and earth and promised to be servants of the people have turned to be the lord of the masses.

They deceived the masses, lured them and pampered them to vote for them. They assumed being the representatives is a passport to heaven to join our Lord as lords.

Hence, they rock and lord it over those who sent them there. Some don’t even visit their districts and constituencies not to talk of opening a functional constituency office!

Some have not moved a motion, not to talk of sponsoring a bill for the enhancement of society. Some have never been able to give back to the communities which reposed confidence and trust in them

Some of them are unfit and not proper to be in the House. Some of them have turned out to be embarrassments to their constituencies and objects of shame to those who voted and laboured for their victories; simply because they have not been useful to the people, not responsible to their constituencies and not responsive to the yearnings of those who voted for them.

And to one’s surprise, the few honourable members of the House of Representatives who have earned the respect and acknowledgement of excellent performance and credible representation are those who much was not expected of.

You know, Nigerians love to respect loud-mouthed politicians, noisemakers critics and attention-seeking fellows, who can dazzle them with big bodies, big cars, magnificent buildings and captivating theatrics. And give no such respect to men of the slim frame, diligent, serious-minded and those with a genuine passion to serve and deliver.

Just because they cannot parade convoy of cars and humongous houses all over Nigeria.

One of the few honourable members from who not much was expected, but who has gone miles ahead to offer much to his people is Hon Bamidele Salami, the member representing Ede North/Ede South/Egbedore/Ejigbo federal constituency of Osun State, under the platform of the Peoples Democratic Party, PDP.

This slim, unassuming, gentle, humble and potently intelligent fellow is a goal-getter, whose presence does not command any attention or superficial recognition; but he is blessed with easy-does-it mien, which enables him to accomplish and record astounding achievements wherever he holds sway without any controversy.

As a rookie broadcast journalist, he employed and deployed his warm and easy-does-it signature to this profession, which stood him out to be picked out of many ‘sharp’ journalists in Osun State as the Media Assistant to a governor.

A position where he defined himself excellently well with many awards of excellence for being excellent at his duty post.

This easy-does-it mien of his and his diligence at any assignment he handles paved the way for him as the Chairman of Egbedore Local Government, Osun State.

And seriously, when this prayer warrior of the Redeem Christian Church of God, RCCG, was struggling to contest for the House of Representatives under the PDP, many of us do not believe he could make it, for he has neither the big cars, not the big belly; and no big and deep pocket, no mansion all over and not a fantastic dancer with rabble-rousing antics.

However, his journey to the House of Representatives was not rosy, having had to go through a laborious labyrinth of legal tussle which he eventually won to the glory of God.

Bamidele Salami is a paragon of quality representation both on the floor of the House and in his constituency, where he maintains an almost omnipresence visibility and pristine responsiveness.

In the House, he has concerned himself with bills for quality education, advancement for women, reinforcement and lubrication of health facilities, improvement and ensuring qualitative education.

He is regarded as one of the few beacons and icons of the House of Representatives, who have passionately and excellently represented their people well.

At his Ede North/South/Egbedore/Ejigbo federal constituency, Salami, is held in high esteem for having delivered all his election promises without any unit or zone being short-changed.

His empowerment projects and programmes are solid, sustainable, durable and life-changing initiatives.

Bamidele Salami is reputed to be one of the few honourable members of the House of Representatives who have ensured the delivery of his constituency projects to the appropriate quarter.

The problem of Bamidele Salami is the fact that he has allowed the passion to diligently and responsively serve his people to overshadow his personal consideration.

He has been always been who he is before being elected into the House of Representatives. He has also not allowed folie de grandeur, the stupidity of greatness, to warp his sense of responsibility, humility, decency, good human relationship and easy-does-it attitude.

The RCCG prayer warrior is not one of those who are incompetent and unfit to be in the House of Representatives. He is eminently qualified to have another shot at the House, just because he has done well in all the posts of responsibilities thrusted on him; he is doing well now in the House and will always do well.

May God continue to bless him with wisdom. May he never be full of himself. Omoluabi ponbele ni (a thoroughbred responsible man).