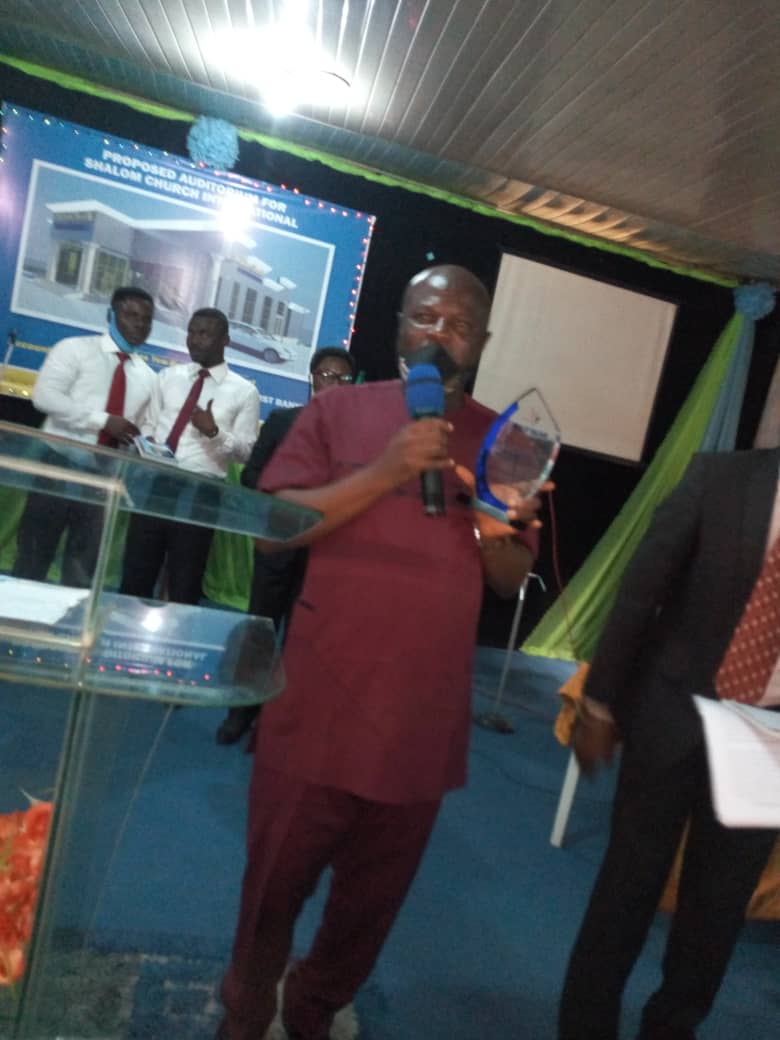 Special Adviser to Cross River State Governor Ben Ayade on Cocoa Development/Control, Dr. Oscar Ofuka, has charged youths in the country to return to agriculture for the purpose of food security.

Ofuka, in a chat with journalists shortly after being conferred with an award of honor by leadership of Shallom Ministries for his humanitarian service to the society, stated that the award of honor would encourage and spur him to do more towards the advancement of human race.

Dedicating the award of honor to his principal, Senator Ben Ayade, Ofuka called on the youths not to despise agriculture, which according to him was man’s first major occupation; adding that the neglect of the agricultural sector had been responsible for the suffering, hunger and starvation faced nowadays by many, who after graduating from school begin to go from city to city in search of white collar jobs that may hardly exist.

He advocated for return to the plantations, which according to him can transform the lives of many who were yet to be absorb by the labor market.

Ofuka campaigned for aggressive cultivation of cash crops which, according to him, is now the new gold or crude oil and advised that the call be heeded.

He said, “Let me tell you, with cocoa, the future of our unborn generation can economically be secured.

“Cocoa is now the in-thing for poverty eradication. It’s the reason why we went ahead to acquire 10,000 hectares of land under the administration of Senator Ben Ayade for cocoa cultivation across the length and breadth of the state.

“In Okinosunbo, Akamkpa Local Government Area of the state, we have about 3,800 hectares for cocoa cultivation. It’s the reason we are calling on our youths not to despise agriculture, but rather go into agriculture for security of their future.

“As a country, we cannot continue to depend on crude oil alone. Very soon the oil wells may dry up, before then it may become too late.”

Ofuka called on the youths to invest in the cultivation of improved variety which has a gestation period of 18 months rather than depending on the old breeds that has become moribund, with low production capacity; even as he called on able bodied men, particularly those residing in Cross River State to return to agriculture, if the country is serious with the business of chasing hunger, misery and frustration out of the country.

He added, “Agriculture had been neglected for too long. This is why for starvation, hunger and misery have permeated the land.

“I would like to call on all individuals irrespective of sex, or place of origin to return to agriculture rather than parade the streets of the cities in search of white-collar jobs that rarely exist. Not just agriculture alone, but cocoa production, which is the new gold in Cross River.