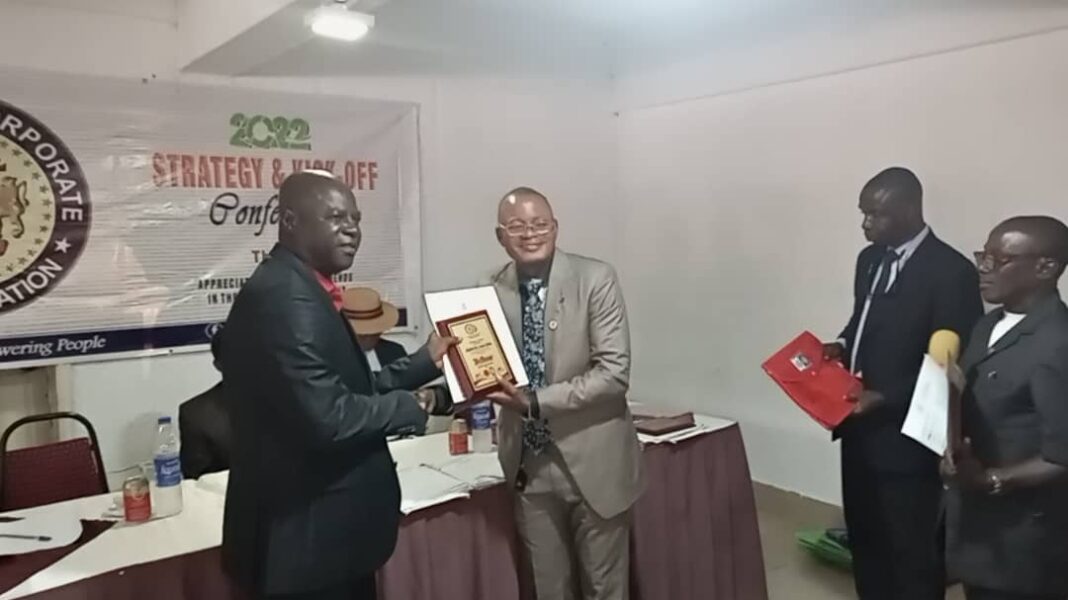 The Institute Of Corporate Administration, ICA, has honoured the Special Adviser, SA, on Cocoa Development and Control to Cross River State Governor Ben Ayade, Ntufam Dr. Oscar Ofuka, and 10 others with the institute’s fellowship for their numerous contributions to the development of mankind and the society.

The investiture of Ofuka and the others took place during the weekend at Pyramid Hotel, Calabar, by the institute to mark its 2022 Strategy and Kick Off Conference.

In an interactive session with newsmen on the theme: “Appreciating Technology Trends in the New Work Environment,” shortly after receiving the award of honour from the Institute, Ofuka stated that the award of honour would spur him to re-double effort to do more for the society.

The SA lauded the institute for finding him worthy to become a fellow of the institute, acknowledging his numerous contributions to the development and impacting on the state and society

Ofuka said, “I am happy today because the people out there have been able to appreciate the good works we are doing in Cross River State, which has led to the presentation of this unique award from the institute.

“I’m particularly excited to have been identified as one of the persons who has contributed to the development of the state in particular and society as a whole.”

Dedicating the award of honour to state governor, Prof. Ben Ayade for providing him the opportunity to serve in the capacity of Special Adviser, Ofuka pledged to do more when need be.

He stressed that the award will spur him to do more in advancing the course of cocoa revolution, which is at a moment on-going in the state.

Ofuka maintained that with regeneration of the estate embarked upon by the Ayade administration, a new lease of life has been added to the various cocoa plantations, stressing that millions of improved variety seedlings had been distributed at no cost to farmers to boost productivity.

The Special Adviser averred that old and moribund estates raised 54 years ago is being regenerated and pledged that the ultra-mordern cocoa processing factory in Ikom given out to a private sector investor would help to add value to the cocoa beans that are produced from cocoa plantations in the state.

Earlier, the Guest Speaker, who is a director of Academic Affairs at the University of Calabar, Unical, Dr. Gabriel Osang, stated that the global system today needs professionalism.

While speaking on the topic, “Mastering the Tools of Administrative Professionals in Our Current Trend,” Dr Osang stated that the training of administrators has become so critical to address today’s challenges and make the world a better place for everyone to live.

Ondo Not Part Of Yoruba Agitation For Secession -Akeredolu