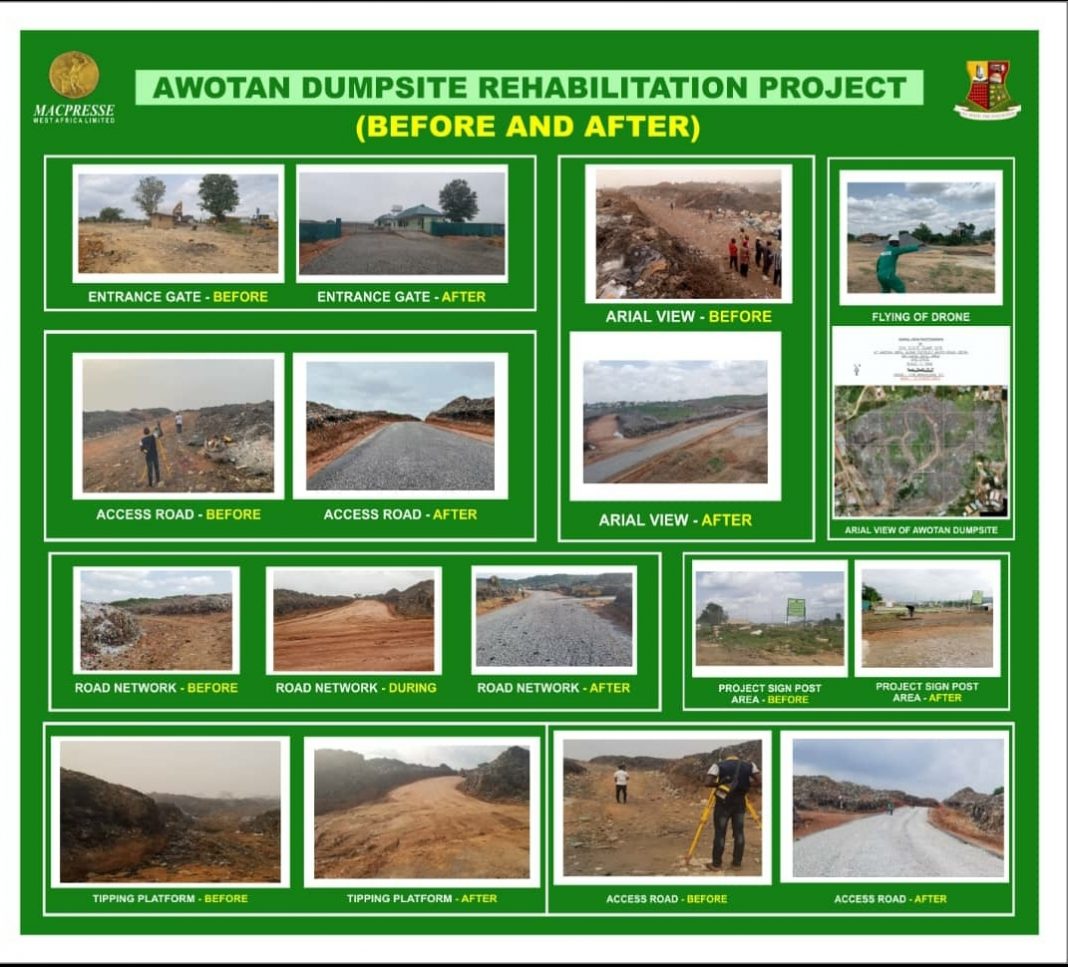 The plans by the Seyi Makinde-led administration in Oyo State has been commended for its plan to tap into renewable energy sources that would come from the utilization of land fill gas from Awotan dumpsite.

Giving the commendation was an environmental consultant and Chief Executive Officer, CEO, of Macpresse West Africa Limited, Mr. Idowu Salawu, while speaking with newsmen on the potentials embedded in the 12.5 hectare of land, where the dumpsite is located in Ibadan.

The revitalisation, rebuilding and reforming processes at the dumpsite, according to Salawu would, after completion, develop Oyo State’s electricity supply chain, if the state partners with a solar energy company.

Salawu further said tapping into the renewable energy potentials of the dumpsite would be a good support for the Federal Government’s off-grid power supply in the state, adding that this will bring in more electricity supply to Oyo State.

He said, “The decision to tap into the solar and landfill gas, as the end use of the dumpsite is the best decision, because the government does not have to worry itself about the Federal Government’s off grid supply of electricity, once we partner with a solar energy company.”

He stressed that the rehabilitation of the dumpsite is one of the prerequisites for the clean and green initiative of the state government.
According to him, the move has converted the brown environment into a green economy, which in turn has affected the host community.

The environmental consultant further averred that the state government has established a value chain of employment with not less than 200 skilled and semi-skilled staff on the dumpsite, which is one of the benefits of the rehabilitation process to the host community.

He said, “Today, we have employed skilled and unskilled men on this project. This is one of the many advantages of this rehabilitation process to Awotan, the host community.”

He declared that it was obvious that the rehabilitation process has affected the socio-economic activities of the host community.

Salawu however called for attitudinal change among residents of the state; even as he said that the commercialization of the sector in line with best international practices may be the best option for Oyo State government.