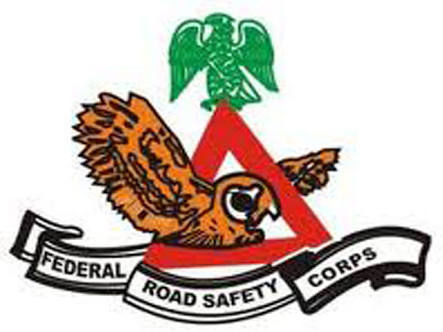 The Kwara State sector of the Federal Road Safety Corps, FRSC, has confirmed that 13 persons died in two separate aut9 crashes along Oloru-Bode Saadu highway on the outskirts of Ilorin, the state capital.

FRSC Sector Commander, Jonathan Owoade, who confirmed the casualty figure to newsmen in Bode Saadu, Moro Local Government Area, said that the accidents occurred as a result of driver’s loss of concentration, over speeding, and tyre burst.

He said, “Two different road traffic crashes occurred this morning at the Jebba-Oloru axis, one was due to over speeding and boredom; it rammed into a stationary truck; while the second was as a result of tyre burst.”

According to him, the first accident, involving a bus and a truck, occurred at about 4.00am at Aiyekale community.

The Sector Commander added, “Out of 19 passengers in the bus, 11 persons died on the spot, one died in the hospital, while seven sustained different degrees of injures.”

Owoade said the second accident, which was as a result of a tyre burst, happened at Lakanla bridge, where eight persons were involved; one person died and another injured.”

He said that the corpses of the victims had been deposited at the University of Ilorin Teaching Hospital morgue,while those who sustained injures were receiving treatment.

Owoade cautioned motorists against night journeys and reckless driving in the interest of their lives and that of their passengers.

He said, “Trucks should compulsorily use reflectors when parked by road sides or highways; overloading should be avoided, they overburden the tyres and cause them to burst.

“Drivers should avoid night journeys, they have to be more careful, life has no duplicate. There is nothing bad in stopping the journey when night falls.

He added that the sector was making moves to collaborate with other sectors to undertake an enlightenment campaign for drivers in the Northern part of the country; adding that such collaboration had become necessary because of the high incidence of accidents and casualty figure as a result of speeding and reckless driving.