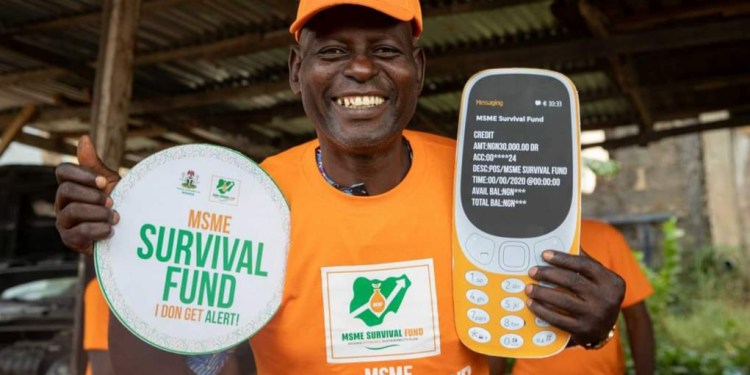 Over 9,000 persons have been earmarked to benefit from the Federal Government’s ‘Survival Funds’ in Oyo State, as part of efforts to make life meaningful for citizens.

Coordinator of the programme in Oyo State, Mr Tomilola Oladele, disclosed that the project was designed by the Federal Government to assist Nigerians, particularly artisans and transporters in all states of the federation to reduce the effect of the COVID-19 pandemic on the nation’s economy.

Speaking at the sensitisation programme for the beneficiaries in Ibadan, Oladele said they have discovered the effect of the COVID-19 pandemic on Nigeria’s economy and this was why the Federal Government has decided to give a grant of N30,000 each to 4,500 artisans and 4,500 transporters in Oyo State.

Disclosing that the beneficiaries are expected to get a grant of N30,000, which is not a loan, Oladele said that the money was nonrefundable; urging the beneficiaries to use the money judiciously, and charging them to count it as a privilege, because not everybody benefited from the grant.

He said, “Oyo State has been scheduled to be in stream 3 of the program, we have done Ondo State, Osun, and Ogun, and all beneficiaries in these states have been paid including Lagos State.

“We just finished the enumeration in Oyo State, beneficiaries will be paid any moment from now as soon as data from Bank of Industry, BoI, is ready.

In his remark, the Bank of Industry manager in Oyo State, Mr. Cyril Anyanwu, noted that BoI was one of the Federal Government agencies designated to ensure the success of the program, saying that beneficiaries have been sensitised to know what it takes to have access to the grant.

Meanwhile, the Small and Medium Enterprises Development Agency of Nigeria, SMEDAN, manager in Oyo State, Mrs. Mabel Ojogbede thanked the Federal government for the gesture, saying they should spread the project in order to get across to affected people.