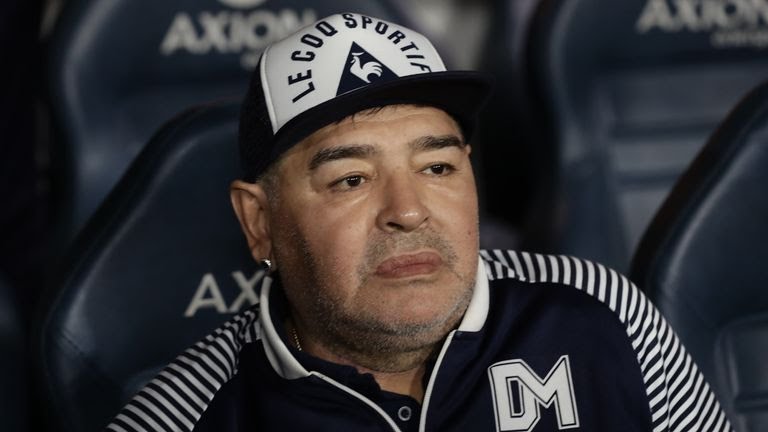 “You will always be in our hearts.”

Widely regarded as one of the greatest footballers of all time, Maradona was inspirational for Argentina’s World Cup success in Mexico in 1986, winning the Golden Ball as the tournament’s best player.

He also led the country to the final of the 1990 tournament in Italy although his international playing career ended in shame, when he failed a drugs test at the 1994 World Cup in the United States.

Maradona was a legend on the field of play as well as notorious away from footbal for a wayward
lifestyle throughout his life.

He was banned from football in 1991, after testing positive for cocaine while playing for Napoli.

Despite his shortcomings, however, he remained a revered figure at the Italian club, where he won two Serie A titles.

Maradona underwent brain surgery at the beginning of November and his lawyer said he would continue to be treated for alcohol dependency.

The 1986 World Cup winner had an emergency operation for a subdural hematoma, which is an accumulation of blood between a membrane and his brain. 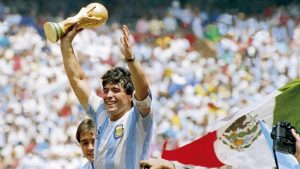 Diego Maradoa has been feeling unwell for some times, it was reported; and he was initially admitted to another clinic in La Plata, with signs of depression, anemia and dehydration, before being moved to Olivos when the subdural hematoma was discovered.

Dr Luque said an accident likely caused the subdural hematoma, but that Maradona did not recall any falls or mishaps.

He had left before the end of the first half, raising questions about his health.

Manchester United and England forward Marcus Rashford paid tribute on Twitter, while Gary Lineker wrote, “By some distance the best player of my generation and arguably the greatest of all time. After a blessed but troubled life, hopefully he’ll finally find some comfort in the hands of God. #RipDiego.”