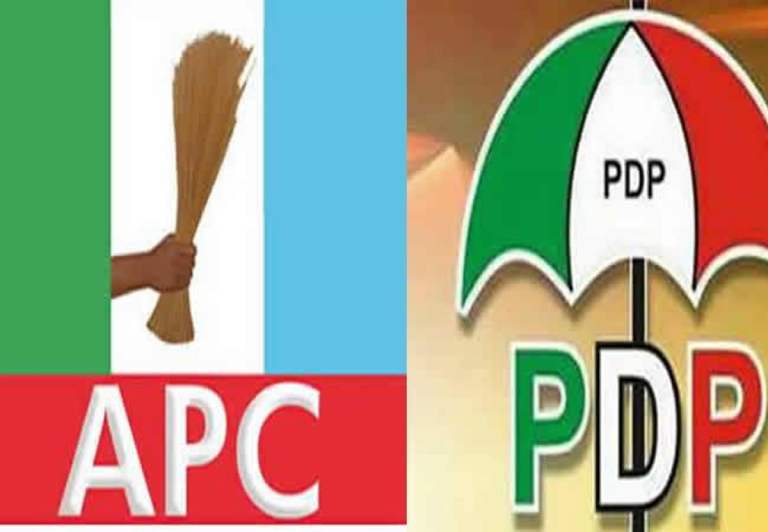 All Progressives Congress, APC Information Managers have praised President Muhammadu Buhari for resisting pressure to embark on anti-people policies, just as they blamed past Peoples Democratic Party, PDP-led administrations for churning out policies that turned Nigeria into the poverty capital of the world.

Speaking after a meeting with the Progressives Governors’ Forum, PGF, in Lagos, the APC Information Managers at federal and state levels thanked the President for not bowing to pressure from right wingers, who are pushing for the removal of fuel subsidy and the stoppage of the Anchor Borrowers Programme, ABP, and borrowings for infrastructure development.

Addressing journalists on the outcome of the meeting, the Director General of Voice of Nigeria, VON, Mr. Osita Okechukwu, said that the take away was the commendation the APC Information Managers had for President Buhari.

Maintaining that the proponents of these anti-people policies care less of the unintended hyper inflation which will fuel the already existing inflation in the land, an inflationary trend which kills the happiness of the citizenry by taking meals off millions of masses’ tables in the country.

Okechukwu said, “The little take away from the illumination of the presentations made is that the masses and middle class of this country should join us in commending Mr. President for resisting the undue pressure of the right wingers, to embark on anti-people’s policies. One can classify them as adepts of the nebulous economic policy of the International Monetary Fund, IMF’s Structural Adjustment Programme, SAP, of the 80s.”

Throwing jabs at the PDP, Okechukwu, explaining further the reasoning of the APC operatives, said, “It will amaze you to note that the review meeting unveiled that if the PDP-led Federal Government that pioneered the 4th Republic did not succumb to the antics of the SAP economic policy that government has no business in business; Nigeria could have escaped the ignoble tag of World Poverty Capital. And the $23 billion, 3 greenfield refineries meant for Lagos, Bayelsa and Kogi states in 2010 could have been constructed, to stop the hemorrhage on the Nigerian economy consequent upon billions of dollars expended annually on fuel subsidy.”

The VON boss further revealed that the review meeting recounted incontrovertible evidence that despite Mr. President’s resistance, the right wingers, mostly from the cadre of captains of industry, are still on the prowl, pushing vigorously for the removal of fuel subsidy.

He added, “From the findings of the meeting, it is advisable that we continue to support Mr. President as the right wingers are also opposed to people-oriented programs like the CBN’s agricultural intervention, the Anchor Borrowers Programme and borrowing for infrastructure.

“Since it is common knowledge that infrastructure is key to development, how can we lift 100 million people out of poverty without infrastructure, as Buhari proclaimed?”