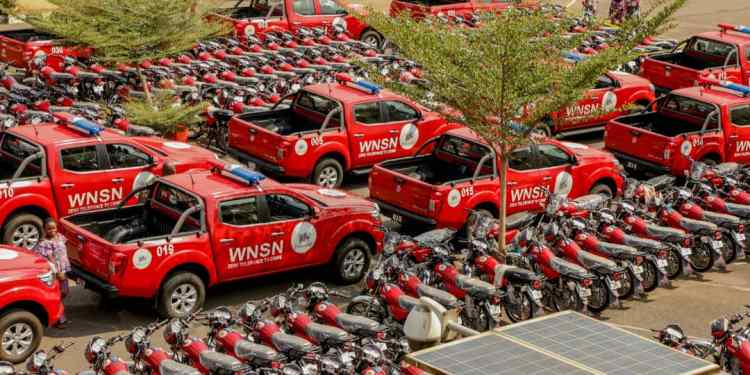 Oyo State Governor Seyi Makinde, on Tuesday said that the time has come for Nigeria to secure its people and restructure its system against the backdrop of growing insecurity in the country.

Maintaining that if restructured, every corner of Nigeria will be impacted positively, the governor stated that no matter who is President in Abuja, the system would run effectively in a way that will be beneficial to all and sundry.

Makinde, according to a statement by his Chief Press Secretary, Taiwo Adisa, equally expressed satisfaction with the establishment of the Amotekun Corps, saying the corps will play a major role in filling the lacuna in the security system.

He, however, maintained that despite the community policing initiative currently ongoing in the country, the states should still push for state police; adding that though Amotekun came into operation a while ago, the state has begun to feel its impact.

Promising that the state will make the welfare of the Amotekun Corps a top priority, Makinde said, “You are a generation establishing structures for safety and security of the next generation. You are pioneers to ensure that we have a safe and secure environment so that we can expand our economy. And we will treat your welfare as top priority.”

The handing over of the vehicles and motorcycles came few days after the governor handed over 25 vehicles to the Nigeria Police and Operation Burst in the state to improve the security architecture ahead of the yuletide.

The governor said, “That is why we have been clamouring for state police, because you know for a fact that you all belong to the state. We don’t have it right now, but we thank the Oyo State House of Assembly for making the law establishing Amotekun.

“If we cannot get state police now, this country will get there, I am sure. We have community policing, but we need to do better than that. But, in the absence of the state police, we have our own Amotekun Corps and the operatives are doing very well.

“I’ll like to say to the Amotekun Corps that I am really proud of you. When we came into government on May 29, 2019, there was no Amotekun Corps but, today, your impact is being felt by all of us.”

Maintaining that the need to restructure the country has become more imperative in the face of daunting security challenges, Makinde said that only time will tell which one is more desirable for Nigeria, between a restructured Nigeria and a Yoruba presidency.

He said, “I have heard some of our political leaders jostling around and saying they want to become the president of Nigeria in 2023. I think what we need at this stage is to secure our people and restructure Nigeria. It does not matter who is the President in Abuja. In a restructured Nigeria, every corner of the country will feel the impact of government. That is what we need.

“May God protect those running around for presidency till 2022. By that time, we will meet and, by then, we will get to know whether it is restructured Nigeria or Yoruba presidency that we really need.”

Appreciating chairpersons of local governments and local council development areas, LCDAs, for releasing funds to do things that are meaningful to the people of the state, Amkinde noted that all the 351 wards in the state will feel the impact of Amotekun, while promising that every inch of land belonging to the state will be covered by Amotekun.

He therefore, warned criminal elements operating in the state to desist from their irascible practices or get caught by the long arm of the law.

Earlier, the chairman of Amotekun in the state, General Kunle Togun, described Governor Makinde as the number one Amotekun in Western Nigeria, noting that in order to show that there won’t be a fire brigade approach to security, the governor has equipped Amotekun effectively.

In the same vein, the Commandant of the Amotekun Corps, Col. Olayinka Olayanju (rtd), appreciated the governor’s gesture, describing it as a defining moment in the life of the Oyo State Security Network Agency.

Olayanju added that the vehicles will enable the Corps to discharge their duties effectively and provide them with the required mobility to respond swiftly to the distressed and facilitate access to the nooks and crannies of the state.

He promised that the Corps will put in their best “to stem the tide of rising security challenges, particularly during this festive period and put to shame those working to discredit the administration.”