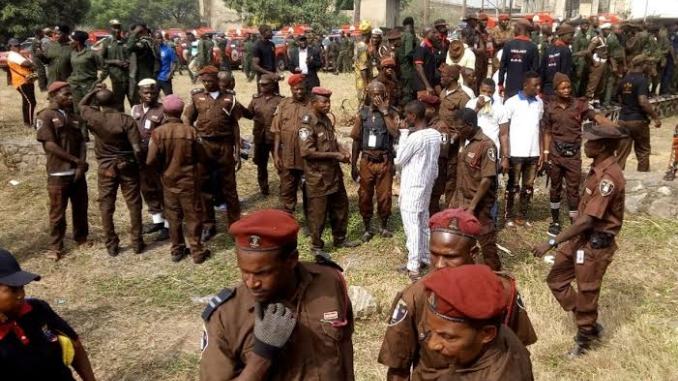 About 14 persons, suspected to be almajiris from the Northern part of the country and hidden inside a container, were intercepted by the Amotekun Corps in Ikire, Irewole Local Government Area of Osun State.

The Director General of Osun Amotekun Corps, Comrade Amitolu Shittu, while commending his men for being up to the task and their vigilance, called on residents of the state to see the Amotekun Corps as their own and not otherwise, in the interest of all.

He also warned recalcitrants to steer clear of Osun State or face the full wrath of the COVID-19 law, recently signed into law by Governor Adegboyega Oyetola.