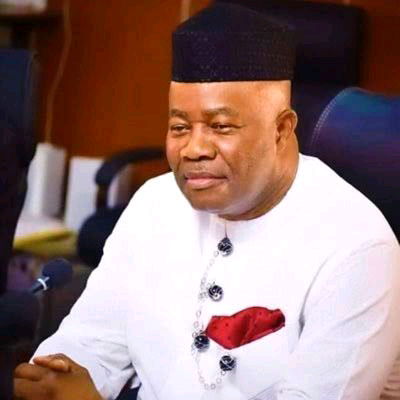 Notable leaders of the South-South geo-political zone on Saturday took stalwarts of the Peoples Democratic Party, PDP, to the cleaners, with an exciting statement in support of President Muhammadu Buhari and the Minister of Niger Delta Affairs, Senator Godswill Akpabio.

The South South leaders, under the aegis of South South Front, SSF, said, ‘’The PDP is a dying party, a fraternity of clowns. The party has been shown the way out of government at the national level and will never return to power again.’’

In a statement in Benin at the weekend, in Benin, Harry said, that the notable leaders of the geo-political zone contested the views of Orbih and his associates on the performance of intervention agency, the Niger Delta Development Agency, NDDC.

Urging the PDP stalwart not to drag the name of the Minister of Niger Delta Affairs and the Sole Administrator of the NDDC in the mud, the

leaders underscored President Buhari’s commitment and courage in pursuing issues of interest to the people of the Niger Delta region.

The statement said, ‘’President Muhammadu Buhari is a trustworthy and level-headed leader,’’ even as they praised Akpabio for promoting the interest of the Niger Delta people and attracting greater development to the oil-rich region.

The South-South leaders also reviewed the 16 years in office of the PDP and reiterated their unshakeable belief that ‘’the Niger Delta region best days are here.”

The leaders also selected for attack those canvassing for the suspension of allocation to the NDDC, adding, ‘’What is happening in the South-South geo-political zone mirrors a situation of desperation of PDP chieftains to take advantage of falsehood to misguide President Buhari and the good people of the Niger Delta region, as well as score cheap political goals’.