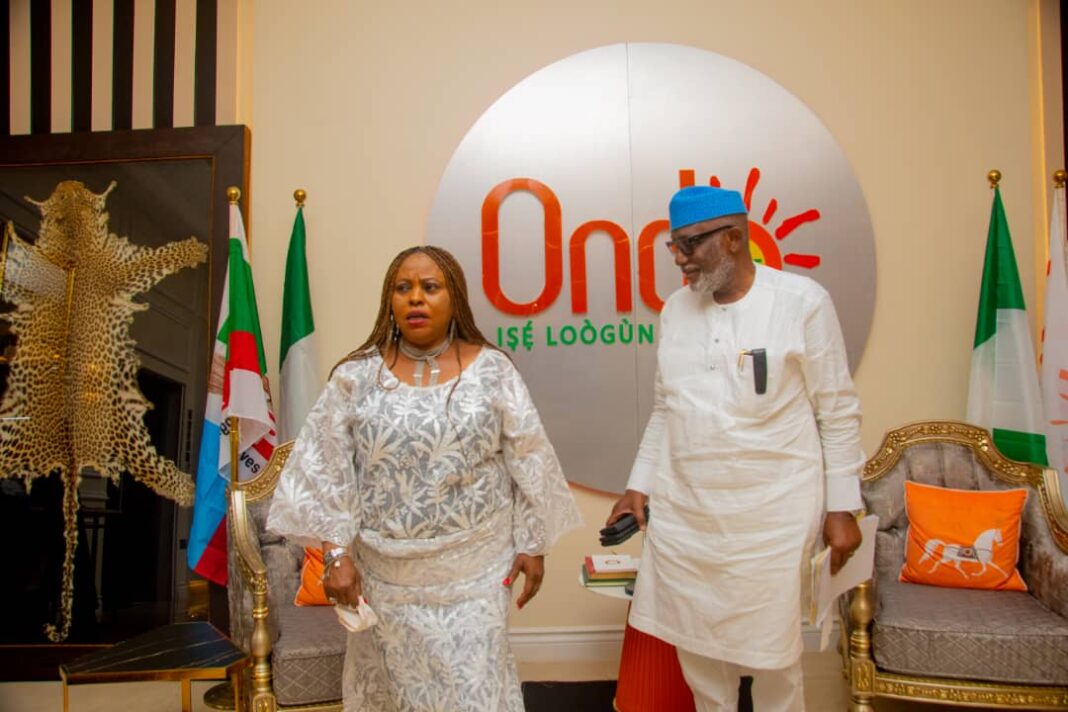 The Supreme Court judgment which affirmed the electoral victory of Arakunrin Oluwarotimi Akeredolu as the duly elected governor of Ondo State, and which upheld the judgement of the Appeal Court, has been described as divine, well-deserved and a vindication of the electoral wish of the people of Ondo State.

This was the contention of the Secretary to the State Government, SSG, of Ondo State, Princess Catherine Oladunni Odu, in a message after the Supreme Court’s validation of Arakunrin Akeredolu as validly elected by the people of the state.

She said that the judgement validated, sealed, signed and confirmed the electoral confidence reposed in Arakunrin Akeredolu by the people of Ondo State, thereby making the mandate free of controversy and insinuation.

Pointing out that “as it is now, the second term of Mr Governor, Arakunrin Akeredolu has been activated by the people, sanctified by the Supreme Court and sealed, stamped and blessed by God.”

She disclosed that the second term sanctification and confirmation is a legal boost and confidence building for members of the All Progressives Congress, APC, in Ondo State and the governor for having a stainless and valid mandate.

Congratulating Arakunrin Akeredolu, the SSG also rejoiced with the First Lady, Mrs Betty Akeredolu, for commencing a prosperous and glorious second term for the great people and greater Ondo, assuring the state’s, first family of her unalloyed support.

Ogunnaike, One Of Nigeria’s National Anthem Writers Dies At 66