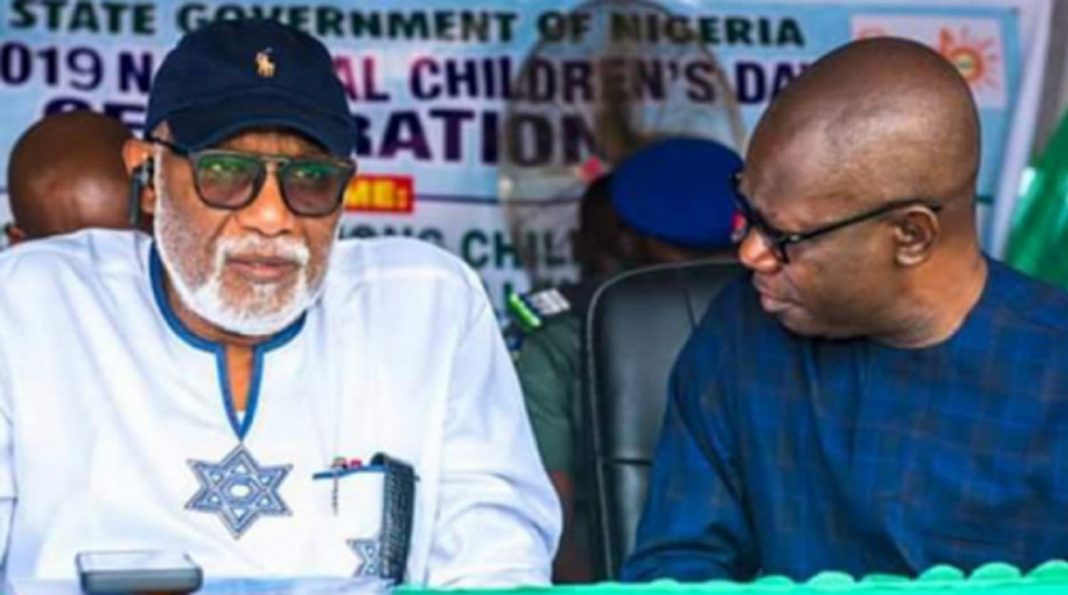 In a state personally signed by Sowore in Akure, the Ondo State capital and made available to the media, he recalled that on October 20th 2020, the Office of Ondo State Deputy Governor raised an alarm about plans by Governor Akeredolu, SAN, and his allies to forge a Ajayi’s signature on an already prepared resignation letter.

Sowore said in the statement, “Again, the Office of Ondo State Deputy Governor has credible information about new plans by Mr Governor to allegedly remove his deputy by all means and at any cost illegally.

“To this end, the governor, on Monday, 23rd November, 2020, sacked the state Attorney General and Commissioner for Justice, Kola Olawoye, SAN, inelegantly for his stand against Illegality and inpunity.

“Today,  (Tuesday, November 24, 2020), Mr Governor has clandestinely orchestrated the announcement of the removal of the Deputy Speaker of the state House Of Assembly, Rt. Hon. Ogundeji Iroju, without any due process.”

Sowore claimed that all these are premeditated efforts to circumvent the institutions of state and usurp the powers of both the legislative and judicial arms of government to pave the way for the illegal removal of the Deputy Governor.

He subsequently called on the general public to be wary of these latest antics and desperation of the governor to remove his deputy through macabre plan to forge signatures of members of the state House of Assembly on a prepared impeachment notice.