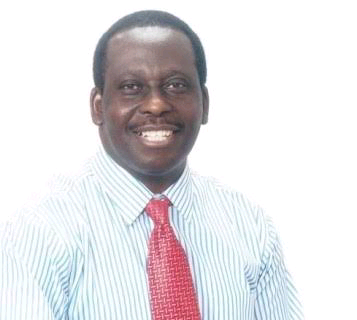 The agitation for Oduduwa Nation couldn’t have been instigated at a better time. We’re running from pillar to post. We’re like ping pong ball being battered from one end to the other. From frying pan to fire. We have hit the bottom. It’s impossible for Yorubas to live a decent, dignified human life in Nigeria. All is lost. Yoruba Nation is the only way out.

Two of the Southwest governors, Ondo State’s Rotimi Akeredolu and Ekiti State’s Kayode Fayemi, have openly opposed agitation for Oduduwa Nation. Other governors, Lagos State’s Babajide Sanwo-Olu; Ogun State’s Dapo Abiodun; Oyo State’s Seyi Makinde and Osun State’s Adegboyega Oyetola, are yet to publicly state which side they are on. But as stooges of Bola Tinubu, we know where their loyalty lie.

Listen to Akeredolu: “I state, unequivocally, as the governor of Ondo State, elected by the people to serve them and protect their interests, that our people have elected to stay in the Federal Republic of Nigeria as constituted at present.”

Which interests? How many months salaries do you owe Ondo State workers? Where and when did Ondo people agreed to that decision? Of what use have you been to Ondo people?

Here comes Fayemi, “The people who are talking about secession frankly, some of them are doing it out of frustration. I don’t think that’s the solution to the Nigerian predicament right now.”

They have nothing to show for their stewardship. Their states are stagnated and stunted in all indices of growth. They are bad manger of men and resources.

What then is the solution to the Nigerian dilemma? What role are you currently playing to solve the Nigerian riddle? What will you do differently?

Akeredolu and Fayemi are in their second terms respectively. Both have no enduring achievements to show for all their years in office. Both failed to create jobs for the army of their unemployed youths. Both failed to improve education, housing, health, infrastructure, and other socioeconomic developments in their states. They have nothing to show for their stewardship. Their states are stagnated and stunted in all indices of growth. They are bad manger of men and resources.

How can they support agitation for Oduduwa Nation when their characters and behaviors reject Yoruba traditional morality and values? How can they see the struggle for Oduduwa Nation as the solution to extricate Yorubas from a dead Nigeria, when they are part of the problem? How will they support a movement that will end their profiteering from the miseries of poor Yorubas? How will they approve a cause that will crush their status quo? They have proved over and over again by words and deeds that they represent a force hostile to Yoruba freedom from Fulani terrorists and invaders. They are Yorubas’ worst enemies.

They know Fulanis are killing us as game animals. Yet, Akeredolu and his brethren governors are united by common interest of greed, corruption, selfishness, wickedness, in opposing Oduduwa Nation. Their ganging up against Yoruba self-determination exposes their blurred vision, typical of ecstatic and half-hysterical propaganda disciples.

No amount of glorious hyperbole by them can delay or halt the birth of Oduduwa Nation…We are moving ahead!

•Oluwasanmi writes from the United States of America and can be reached at: bjoluwasanmi@gmail.com

No, I Won’t Inherit Anybody’s Enemy