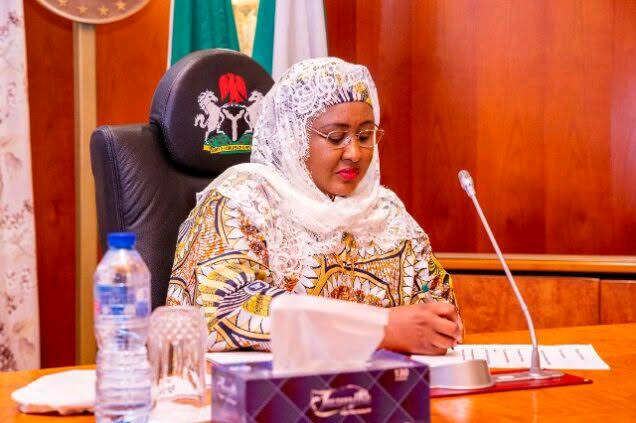 As if proving to type, the governor on the same day, signed an executive law, mandating the state to have at least 35 per cent women appointees in the state executive council, and other classes of political appointments.

The President’s wife, represented by the Special Assistant to her husband on Administration and Women Affairs, Dr. Rukayyatu Gurin, was speaking at a conference themed: ‘Cracking the Glass Ceiling: The Story of Kwara Women,’ convened at the instance of Kwara’s First Lady; Mrs Olufolake AbdulRazaq.

The gender law, titled:
‘State Political Offices (Gender Composition) Bill 2021,’ initiated by the governor, is said to be the first in the country at the instance of a governor, taken through the mills and finally aporoved by him.

Mrs Buhari, in her message, had called for more gender inclusiveness in the schemes of affairs in governance to enable women contribute in their full capacity, a resonable societal development.

She commended the Kwara State governor for blazing the trail in appointing women into his cabinet, noting that already, Kwara is being celebrated globally, based on its women-friendly policy.

In her address, the Minister of Women Affairs and Social Development, Dame Pauline Tallen, expressed satisfaction with the supports for women and the girl-child in the areas of business, education and health care.

She expressed the willingness of the government, which is ever ready to always stand to see to it that women successes are mentioned and attained.

Earlier in her welcome address, the wife of the Kwara State govenor, Mrs AbdulRazq, urged women to leverage on the gender inclusiveness of the state government to do giant and great things that would stamp their legacies on the roll of honour.

She gave an assurance that she was ever determined to use her good office to support women and girl-child in their fields of various endeavors.

Also speaking at the occasion, the Ekiti State First Lady, Erelu Bisi Adeyemi-Fayemi, who is also the Chairperson
of the Nigerian Governors’ Wives Forum, praised Governor AbdulRazaq’s gender sensitiveness in governance, a trait she said attracted confidence in him and his government by the women folk.

A business woman and an indigene if Kwara State, Hajia Muina Bola Shagaya, enjoined women in Kwara State to be successful in business, instead of leaving huge successes to men alone.

She pleaded with women, who would be lucky to be saddled with responsibilities in public appointments, to strive to be exemplary in such various callings.